David Griffin thinks he can convince AD to stay in NOLA - is he right?


Don't look now, but the Boston Celtics (and every other team not called the New Orleans Pelicans) might just have to wait to the summer after next to get Anthony Davis on their team.

Davis, who has long been coveted by General Manager Danny Ainge, hired Klutch Sports (best known for their ties to star LeBron James) as his new management before requesting a trade from the Pelicans this season, who proceeded to make a colossal mess of things by trying to force Davis to the Los Angeles Lakers.

That debacle ultimately cost their head honcho, Magic Johnson, his job, which he recently resigned from in what many saw as a face-saving move for the storied franchise, preventing friend and owner Jeannie Buss from having to fire him. It may also have expended James' cache as a first-rate star in the league, after the chaos his management's machinations effectively wrecked his own team's morale. 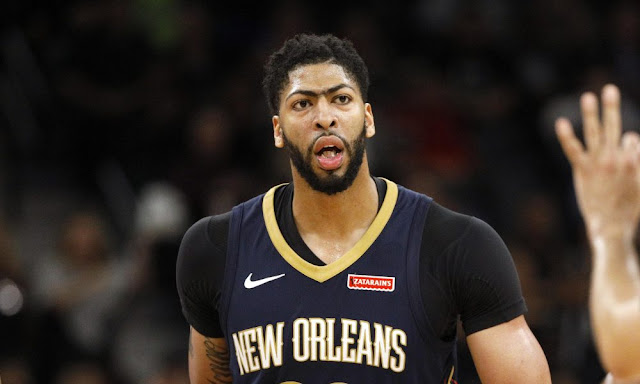 We discussed the possibility of former Cleveland Cavaliers GM David Griffin being hired to the same role in New Orleans on this week's CLPod potentially opening the window for AD finishing his remaining year with the team, and to be honest, while we expected such whispers to begin circulating soon, we had no idea that it'd begin less than 24 hours later.

Griffin, who managed to deal with an owner much worse than the new scion of the Benson family, Gayle, while assembling a wining team with a comparable-if-slightly-worse collection of talent and assets, hinted that might be a goal for the struggling franchise, and given his acuity in the role, it's certainly not the most outlandish thing we've heard this year that could turn out to actually go down.

We called this possibility on this week's #CLPod, and we've got receipts: https://t.co/5VifLrPxou


For now, at least, Davis is mum on the possibility of staying put, but as many on Twitter and elsewhere have noted, the tire-fire image of AD coming back to NOLA even on a short-term basis is at least as bad a look as that couple we all know who try and pretend that very bad and very public breakup they went through was just a hiccup they'll be getting past soon - stay tuned for new details on this developing story.