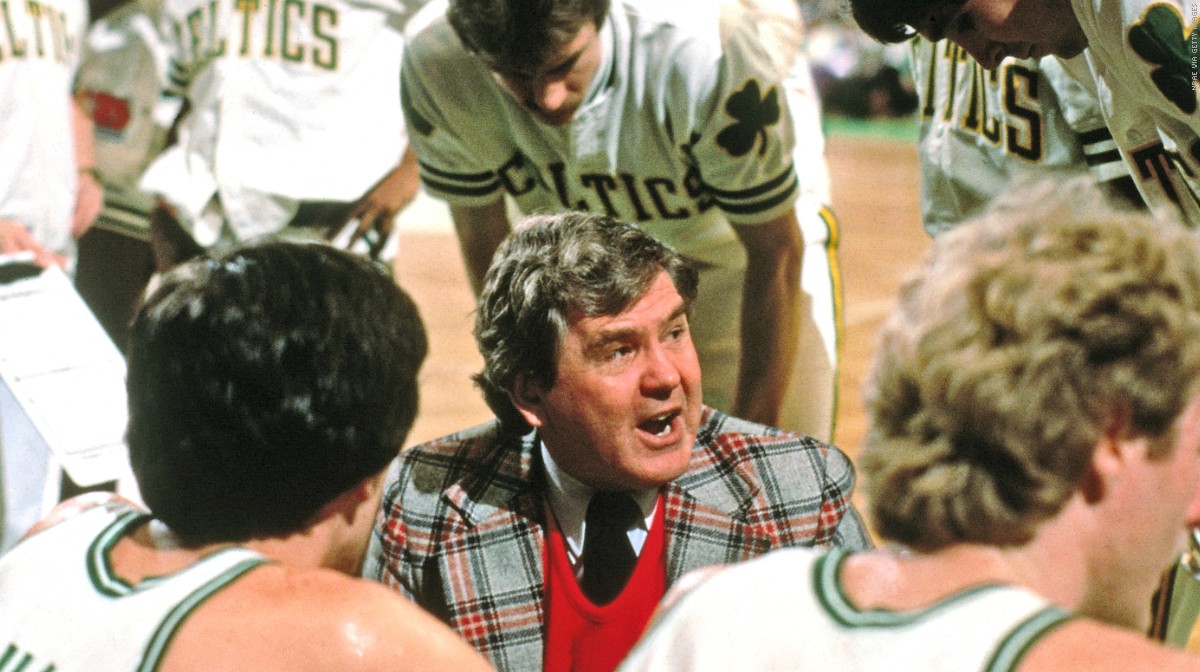 I’m a bit fuzzy on some of these details – I was attending 99% of the home games in those days – but I distinctly remember the WHAT that happened.

It was early in Larry Bird’s career, before he’d won a title … but Mr. Auerbach’s team had arisen from the humiliating ashes of a 29-win 1978-79 lost season back to its more typical 60-win perch.

During the fourth quarter of a game the Celts pretty much have under control (but not quite at the “prelude to Garbage Time” stage), the referees blow play dead, having recognized a malfunction with the 24-second shot clock, and then head toward the scorer’s table. 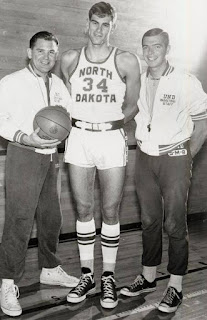 Forty years ago, about the only help to be found at courtside would have been the running play-by-play that someone had been assigned to type for duplication – pretty much in the form ESPN.com uses for its running game report nowadays.

But before they can get to the sideline, the officials are intercepted by the C’s oft-crusty coach who pulls from the pocket of his sport coat (one of those plaid jobbies he seemed to favor) the solution to their problem – a stop-watch.

Bill Fitch may not have always had “something up his sleeve,” but he did always seem more than happy to let you think he did … and subsequently turn your presumption into his advantage.

Much like current Celtic mentor Brad Stevens (Red Auerbach, as well), Big Bad Bill was born a coach – that is, a “born teacher” whose classroom happens to be a gym or ballfield.

After graduating from tiny Coe College in his native Iowa and serving a hitch with the Marine Corps – right around the same time another Bill was launching the legacy he’d later be asked to coach back to respectability – Fitch landed his first coaching gig, an assistant’s job at Creighton. Among Bill’s ancillary duties in Omaha was serving as the school’s head baseball coach.

A useful “asset” on both ends of that duty was the man who would break Boston hearts (my 10-year-old one among them) a decade later with a World Series performance that would abort 1967’s Red Sox Impossible Dream. Some of you old-timers might recall Bob Gibson – used to run some with the Globetrotters in his spare time.

From Creighton, Bill moved on to head coaching positions at his alma mater, North Dakota, Bowling Green and Minnesota, his squads participating in four national tournaments along the way.

What with the emergence of the ABA and NBA expansion (eight franchises in a five-year span) – not to mention the introduction of the assistant coach to pro ball – coaching opportunity at the professional level was exploding. Coach Fitch was one of the beneficiaries with the Cleveland Cavaliers in 1970.

Despite being saddled with a nincompoop owner (Ted Stepien), Fitch fashioned the Miracle of Richfield by leading his no-longer-Cadavers to the 1976 ECF against Tommy Heinsohn’s Celtics. I’ve known in my day a few Ohio folk who kinda besmirch our Banner No. 13, referencing an injury to Fitch’s stud center Jim Chones from Marquette.

In mid-May of 1979, Fitch stepped down as head hoops honcho for the Cavaliers after a disappointing 30-52 season – and less than a week later was introduced as the head coach of the first Larry Bird-led Boston Celtics. (Actually, I just looked back at the last two games his Cavs had played vs. the C’s, and Bill had seen a plenty useful version of Tiny Archibald – so I suspect BF had an inkling of what lay ahead.)

When the Celtics cut ties with Fitch following an early playoff exit in 1983, he again was out of work for only days before assuming the mantle of leadership for the Houston Rockets’ Twin Towers of Ralph Sampson and Akeem Olajuwon. There his tenure peaked with a six-game loss to Boston in the 1986 Finals.

Bill’s final two career stops were more reminiscent of his Cleveland years – his job to make chicken salad out of chicken … you-know-what. Mission accomplished, I’d say, as he in short order led both the moribund Nets (1992) and cursed Clippers (1997) to rare post-season appearances.

On the occasion of the NBA’s 50th anniversary in 1996, Bill Fitch was included on the list of All-Time Top Ten NBA Coaches.

Just last week, one of my now-30-something former students was Facebook-bragging about an award his Mom had received from a civic organization. I worded my perhaps Fitch-like congrats thusly:


I have the same thought regarding the selection of Coach Bill Fitch to the Naismith Hall of Fame.