Paul Pierce says he was better than Dwyane Wade 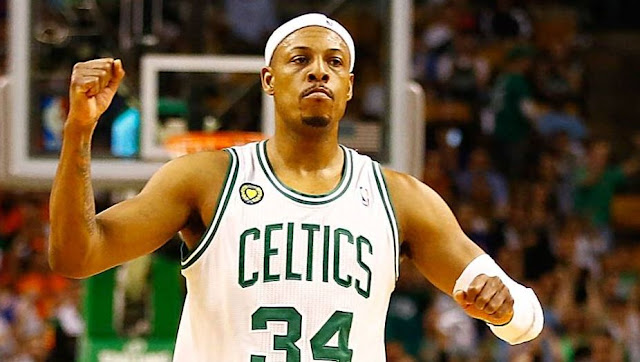 Always one to stir the pot, Celtics legend Paul Pierce has the internet buzzing this weekend after his comments regarding his career vs. Dwyane Wade's :

Of course Pierce would say he was better. If he had the luxury to play his career with the likes of Shaq, LeBron James, and Chris Bosh, he would certainly have more than one ring.

Instead Pierce slugged it out in Boston, while in his prime, sharing the court with Ricky Davis, Mark Blount, Wally Szczerbiak and Eric Williams. No offense to those guys but the closest they will get to the Hall-of-Fame is paying admission.

And don't forget that Pierce, along with Antoine Walker, almost made the NBA Finals with Tony Battie, Kenny Anderson and Rodney Rogers in the rotation.

If you want to look at career stats, Pierce vs Wade is even closer:

Pierce was clearly the better shooter from distance (37 percent vs Wade's 29).

In head-to-head regular season match-ups, Pierce held the edge with a 22-11 record, but in the playoffs Wade's team was 13-9.

Now if we are talking a popularity contest, Pierce would get crushed by Wade. Wade was far more marketable and a fan favorite. Wade made 12 All-Star teams (I don't count this season), while Pierce made 10.

The Wade backers could also bring up the fact that he made two first All-NBA Teams compared to the one second team made by Pierce. Although, Pierce arguably had more competition for All-NBA teams throughout his career than Wade.

Pierce competed with LeBron James and Carmelo Anthony at the small forward position, while Wade's main competition at the two-guard was Kobe Bryant, with a little Joe Johnson, Brandon Roy and Manu Ginobili sprinkled in.

There are also these very similar crunch time numbers:

Who had the better career? pic.twitter.com/rckV4yfvdb

A more important question, who do you want to have the ball in the final seconds to win the game? The answer is Paul Pierce and that's the Truth:

So that argument is certainly valid on both sides. Their careers are eerily similar in some aspects and different in others. If I were to give one guy an edge over the other I would have to take Pierce. I mean what did you expect, this is CelticsLife.


Rob Welch4/07/2019 12:41:00 PM
Share
Rob Welch
I have been a die hard Celtics fan since birth, even though I don't really want to talk about the ML Carr/Rick Pitino Eras but I will if necessary.
Newer
Older