Somehow, despite a host of missteps, the Boston Celtics might just end up in the fourth seed in the 2019 NBA Playoffs after all.

The path there is not that narrow, either - it just requires the Cs to show up, and play a solid game against the Indiana Pacers without any of the issues that have plagued them this season.

This is the part where you roll your eyes, suck your teeth, and chuckle to yourself in disbelief. And that's OK - I'll admit I had trouble myself trying to hop back on the Celtics hype train, but this helps, if just a little bit. 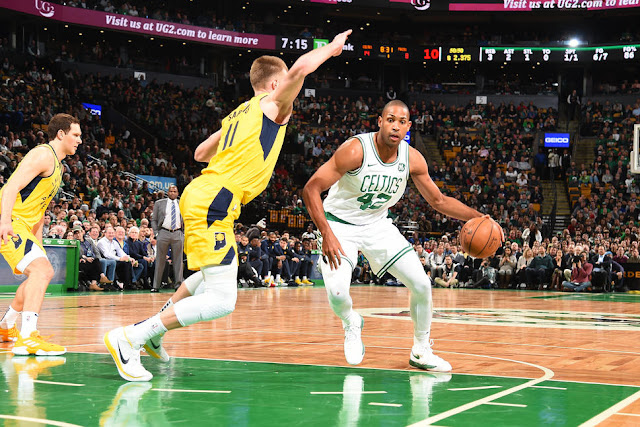 Boston has a chance to do a thing -- a potentially important thing, given how they've played in the regular season, whatever your feelings are about the switch-flipability of this team -- that could give them home court advantage, and the team they would need it against is the team that would grant it.

In other words, this game ought to give us a good look at our first-round matchup not just in strategy, but in gauging just how high the worry meter should be set. Should the Celts drop this matchup, while not the end of the world or even the season, it would mean home court is virtually certain to be off the table, and significant concerns about the team's ability to advance even a single round warranted.

But! A win would almost lock it in, with Boston just needing to stay ahead of Indiana for the few remaining games of the season, many of them "gimmes" (the Miami Heat [2x], Orlando Magic, Washington Wizards and Brooklyn Nets remain to be played besides tilts with the Pacers, none of which exactly inspire terror), but Indiana's schedule is similarly light - nearly identically so.


Wondering how Boston gets the tiebreaker by winning Friday?

* Boston and Indy would both be 45-31
* Pacers could no longer win season series.
* Celtics would have the better conference record.
* If they end up tied, that by definition will stay that way.
— Sean Grande (@SeanGrandePBP) March 28, 2019

That squad closes out the season with the Boston games, a pair vs. the Detroit Pistons, Orlando, and Brooklyn. This could come down to a photo finish depending on how things pan out, but if the Cs win on Friday, all they have to do as not end the season with a worse record, as they'll have the tiebreaker with the most wins in the individual matchups between the two teams, and the better conference record.

That being said, it's hard to say getting the dub tomorrow and losing less games over a nearly identical team is going to be a likely outcome, but for now, I'll try and stay positive, and hope this team can do something with yet another gift from the basketball gods sitting in their lap for the taking.