We heard all the negative talk concerning Gordon Hayward in the first months of the season. He was too slow - too hesitant. He will never be the same player he was in Utah. He needs to get more aggressive. He is a liability for the Celtics. Really? For the five months (November through March) his only negative plus/minus was a minus-0.1 (minus-f---ing 0.1) in January. The other four months showed +4.5, +5.9, +4.3 and + 3.8. 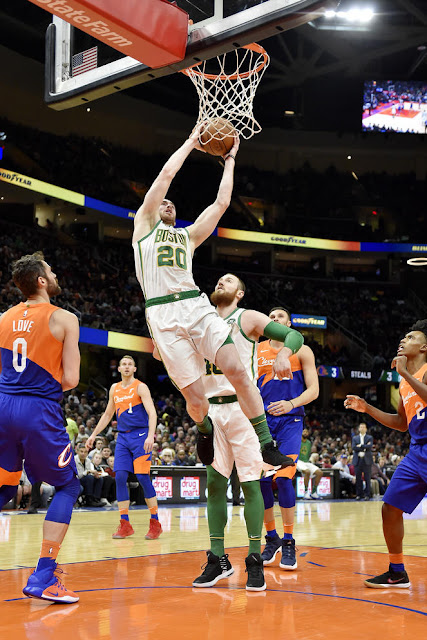 But what is really noteworthy is his improved shooting over the December-through-March span. Hayward's accuracy has improved each month and sits at 55.0% for March.

All I see is improvement. pic.twitter.com/dYJIq5teg5

For the past four months, Gordon's non-scoring production has been consistent at about 4.0 rebounds and 3.5 assists per game. His scoring average has also been fairly consistent at 10-12 PPG, but obviously his efficiency has continually improved.

But the real clincher here is his Gordon's confidence in what he can accomplish. He has never relied on high-level athleticism to get the job done, but his cleverness allows him to lull the opposition into complacency and bolt to the hoop or launch a jumper. My take is that the injury no longer affects his physical performance to any degree.

Gordon has always been a heady player, and that is the tool he used while making his comeback. Well, that comeback is nearly complete, and Hayward is ready for post-season action. Don't expect the numbers he put up with the Utah Jazz. They aren't needed on this team. But expect he will be vital in Boston's success going forward.