With all of the criticism the Celtics have been absorbing (much of it deserved), it is easy to forget their overall success over the the first part of this century. We are spoiled in Boston. Anything less than a Title is a wasted season. But the record shows Boston to be the second-best team during the past 18 years to make the playoffs, trailing only the San Antonio Spurs. 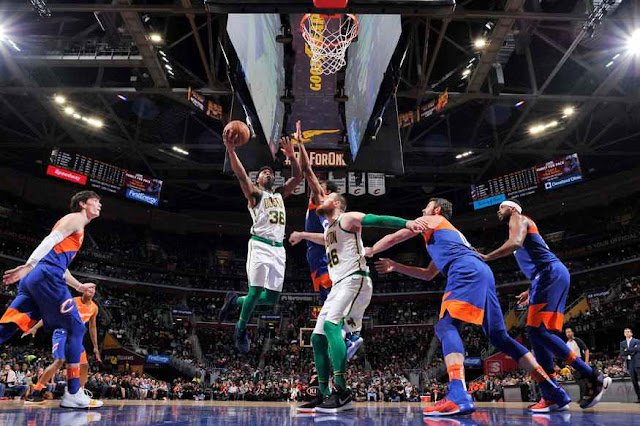 So here we are again. The post-season awaits and we, the fans, don't have the slightest hint what we have in this crew. The fifth seed in the East was not what was foretold. A story book finish to this Celtics season is still possible despite all the turmoil.

Travel back to 1969. The Celtics best player, Bill Russell, was nursing a knee injury and the Celtics were the fourth seed in the 7-team Eastern Conference - barely making the playoffs. The two top-seeded Eastern teams, the Bullets and 76'ers, were eliminated in the first round, and the Celtics defeated the New York Knicks in Round Two to face the Lakers in the Finals.

The Lakers had celebratory balloons in the ceiling above their home court, but they never fell. Russell and his comrades defeated the Lakers to win the 1969 NBA Championship. Great story. It would be terrific to see a repeat half-a-century later.