On Boston, race, basketball, and due diligence


Race (and racism) is a fraught topic anywhere in the US, and when it comes to Boston and their NBA team, the Celtics, the relationship is especially complicated.

In recent years, political currents have stirred up that difficult topic, one I generally avoid unless the players themselves are going out of their way to use their platform on the topic. I do not avoid it because I believe racism is not an important or germane topic to Boston sports, but because it requires a degree of nuance I rarely can muster while doing justice to the work and issue both. 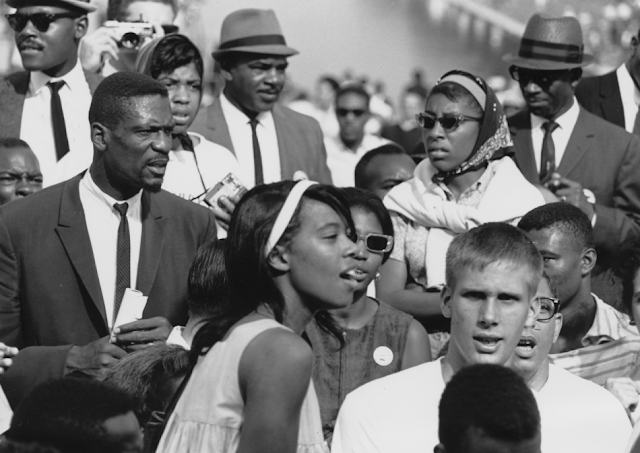 So, when I became aware of an article by NBC Sports' Dan Feldman on the Celts and race, my reaction was, shall we say, Not Good. This was, unfortunately, because the article was not good. As I noted earlier, I am not among those with the opinion that racism doesn't exist in Boston. Let me say unequivocally that it does.

To ignore Boston's history of negative race relations is to do an injustice to not only the topic, but also the very real and groundbreaking work done by Celtics players and staffers over the decades; in many ways, the team has always been a leader in that regard despite the unsavory history of a segment of its fans.

And as a doctor of anthropology who taught "Race and Racism" on a campus of the University of Florida while literal neo-nazis and unabashed bigots threatened the well-being of people of color on my campus, I can also attest that there are many wrong ways to handle the topic.

Just as often as the stereotypical sheet-wearing, Klan rally-attending redneck of the southern US is held up as the gold standard for racism in the general populace, the right-leaning swamp yankee Celtics fan has become the same in NBA circles. 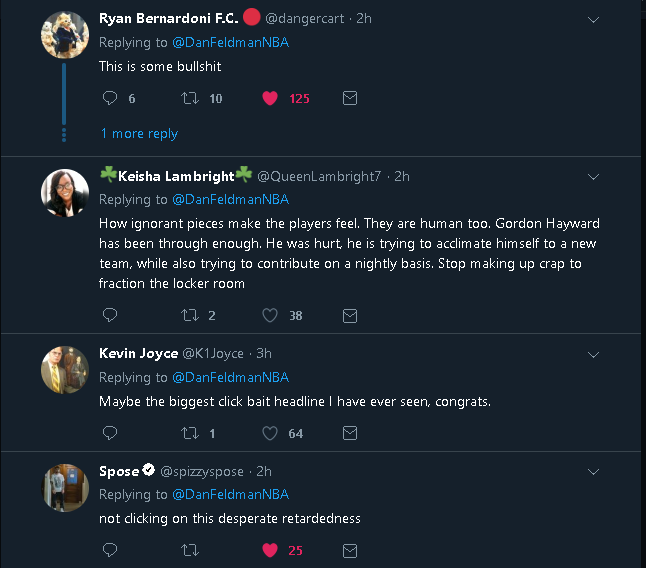 I'd like to note that while there is a basis to such stereotypes, like most stereotypes, they are a blunt instrument that rarely can be used to a productive end - racism is not an either/or proposition, it is a continuum of prejudice exerted from positions of power often invisible to those who wield it, and in Boston, that means tut-tutting liberals in white-collar jobs are easily just as much the source of the worst of it.

This article, however, is not a response to that fraught topic in the city that houses our favorite team, but a poorly-written accusation citing hearsay and weaponizing speculation as facts for clicks. Dan Feldman should know better, and if he had a momentary lapse from an otherwise solid career, his editors should have picked up the slack and asked for better work on such a sensitive topic.

This story, if it merits that status, could have been done with actual investigative reporting. Interviews with team members, staff, fans, and local activists. Instead, we are given a tired trope with nothing new under the sun save some self-congratulation at the expense of the team in question and the very real relations they have with one another as if it had anything but the most tenuous connections to the team.

We should and must address this topic in moments when history and events call on us to do so, in ways that can both do good and find audiences where the stir-up of emotion can meet productive conversation. In relying on such shoddy sources and framing, however, Feldman -- and NBC Boston -- have failed us on those counts.

We can, and must, do better.