The Boston Celtics fell flat in the final game of their California road trip, losing 140-115 to the Los Angeles Clippers on Monday night. After starting their trip 3-0, this loss takes away all the momentum they had gained. The defensive commitment wasn't there throughout the night, and the Clippers were able to score the most points Boston has given up this season. A 3-1 road trip isn't bad, especially considering how the C's had been playing beforehand, but 4-0 would have gone a long way in convincing people that these "changes" after the plane ride were going to make a long-term difference. 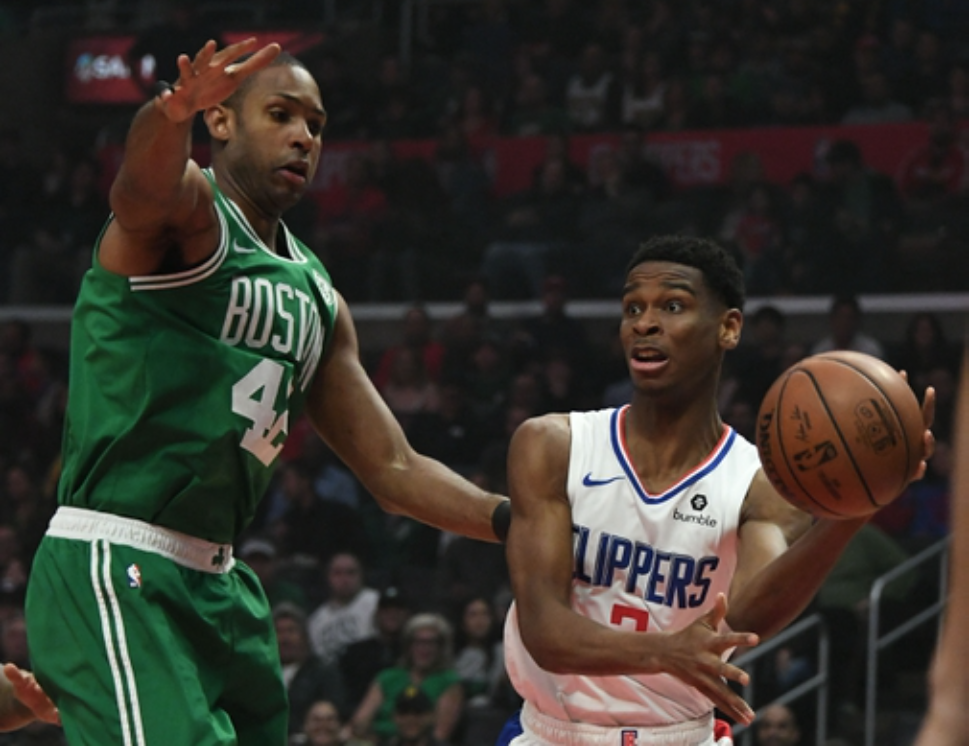 Danilo Gallinari came out scorching to start the game and scored Los Angeles' first eight points. This has been one of the best seasons of Gallinari's career, and with the exit of Tobias Harris at the trade deadline, he has gotten plenty of shots and, arguably, the biggest role in the team's offense.

While Gallinari was carrying the offense for the Clippers, Boston was spreading the ball around and getting everybody involved on the offensive end. The Celtics had five assists on their first six baskets, and each starter scored at least two points in the first six minutes of the game. Although LA led for most of the quarter, the Boston defense was locked in early on. The Clippers made some shots, but the Celtics were making them work for everything and were forcing a number of turnovers.

Celtics have forced 5 turnovers in the first 8 minutes. Good sign to be this engaged at the end of a long trip.

The Clippers overcame their abundance of turnovers and Lou Williams was able to pick up the scoring off of the bench in place of Gallinari. The Celtics got a bit sloppy and disjointed as the quarter went on, and the Clippers were able to capitalize for a 25-19 lead after one quarter.

Williams and the Clippers picked up right where they left off in the first quarter. Williams was scoring at will against the Boston bench, and his pick-n-roll play with Montrezl Harrell was giving the Celtics fits. Luckily, Terry Rozier was able to provide a spark of his own to keep the C's within striking distance. Rozier has been one of the more inconsistent and frustrating players throughout the season, and you never quite know what type of play you are going to get from him. Tonight, though, he provided the offense and stemmed the tide with the bench unit. Rozier had 10 points on 4-5 shooting at a time where the Clippers were trying to increase their already double-digit lead.

Rozier providing a nice spark off the bench with 10 points on 4/4 FG.

Boston was fighting from behind for most of the game, something they haven't had to do too often over their three-game winning streak. They were able to cut the lead down to as few as four points late in the second quarter, but Gallinari and the Clippers seemed to always have an answer to shut down a Celtics run.

Los Angeles continued to attack the Celtics in the pick-n-roll and seemingly got any shot that they wanted. Williams made some difficult shots, but a lot of the looks the Clippers were getting were wide open, either at the rim or beyond the arc. Although Boston forced 13 first half turnovers, the Clippers shot 64 percent from the field and took a 62-49 lead into the halftime break.

The Clippers shot 63.9 percent in the first half. Seemed like almost every pick-and-roll got them a good look.

There was more of the same to start the second half. A few hustle plays from Marcus Smart lead to five quick points, which cut the lead down to 10, but the Clippers came right back with a 6-0 run that extended the lead back out to 16. The Celtics were putting in more effort on the defensive end, but the Clippers had gotten into too good of a rhythm, and were starting to hit even the shots that the C's were contesting.

Jaylen Brown and Kyrie Irving combined to score 15 points in the first six minutes of the second half, including back-to-back-to-back threes from Brown in just under a minute, but Boston was still only able to shave one point off the LA lead. Every bounce, loose ball, and tough and-1 layup seemed to go the Clippers way, regardless of how the Celtics were playing.

Jaylen's playing like a guy who wants to stay in the starting lineup.

After being outscored 39-36 in the third quarter, the Celtics had their work cut out for them in the fourth. After a bucket or two to start the fourth, Williams, Harrell, and the Clippers refused to miss, and quickly turned this game into a blowout.

This was the final game of a 4-game West Coast road trip, and you could almost say that this was a scheduled loss, or one that at the very least would be tough to win. But after gaining some momentum with three straight wins, this isn't the type of effort the team needed. The Celtics were out hustled throughout the game, and deserved to lose this one. All the C's can do now is find some of that plane ride magic on the way home and kick off the home stand with a win over the Kings on Thursday.