Could Al Horford play until he's 40?


Al Horford wants to play until he's 40 years old, and in an era of hyper-athletic big men, that's an ambitious goal to say the least.

Horford, who has only just started to show signs of aging at 32, though, might just be able to pull it off. In earlier eras, it was a rare player who could last into their mid-thirties in any position, and big men tend to age the worst, then as now (Robert Parish stands out as a notable example from the Boston Celtics' past). 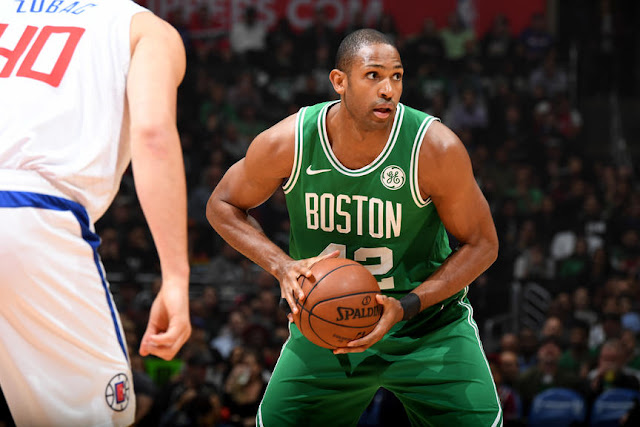 But medical science is improving, and with it, "load management" - that euphemism for rest we've been hearing so much of this season (and while I support the concept, that name has got to go). So, players are increasingly staying in the game as productive, non- "locker-room presence" kind of players; just looking at Vince Carter's hops serves as a good example as any out there.


Al Horford is playing some of the best basketball of his Celtics career this year and he tells @bostonsportsbsj that he doesn't plan on stopping anytime soon: “For me, as long as I’m healthy and feel good, I would like to play until I’m 40." https://t.co/7AtfC1biRg
— Brian Robb (@BrianTRobb) March 11, 2019

So, upon hearing from Boston Sports Journal's Brian Robb that Al is interested in sticking around for another eight or so seasons isn't as crazy as it might have once sounded - if he can further adapt his game to minimize inside contact as he enters the second half of his thirties, he should be able to age gracefully into a rotation and then reserve role, relying on his shooting and timing to remain a valuable player. Said Al (via Robb):

As we discussed on CL Pod 63, featuring Early Bird Writes' cap guru Jeff Siegel, Horford's current contract can be opted out of, should Al want to work on his averages elsewhere, but could also serve as an opportunity to extend at a lower rate that would still deliver more money than Horford would likely garner by staying on this current deal, then seeking another after his current expires.

Something to the tune of four years and over the $50 million mark sounds about right, perhaps structured with anticipation of other signings as Boston's youth movement exits their rookie-scale deals. Occasional off nights like last night aside, Al is still proving to be low-key one of the league's best big men on both ends of the floor, and should remain capable of contributing at a high level for much of not all of such a deal.