With avoidable losses piling up, a few thoughts on leadership


When it comes to the 2018-19 Boston Celtics season, it's been something of a disappointment, and leadership roles (or rather, the lack of them) have been no small part.

After last night's embarrassing loss to the Chicago Bulls, who were extra motivated after the beatdown Boston handed them at their last meeting, the Celtics got punched in the mouth and stood there, mouth agape, bleeding -- and did nothing.

Milwaukee is a juggernaut — and is doing exactly what many people expected Boston to do this season. The Celtics, on the other hand, got routed by the Bulls tonight. https://t.co/gGLGSrCz0P
— Tim Bontemps (@TimBontemps) February 24, 2019


Even a team saving its focus for the playoffs can't do that, as there will be no foundation to draw on when the team gets punched all the harder by a heavyweight outfit. And, despite the trade deadline improvements and aforementioned motivation, the Bulls are hardly worthy of consideration as a sparring partner. 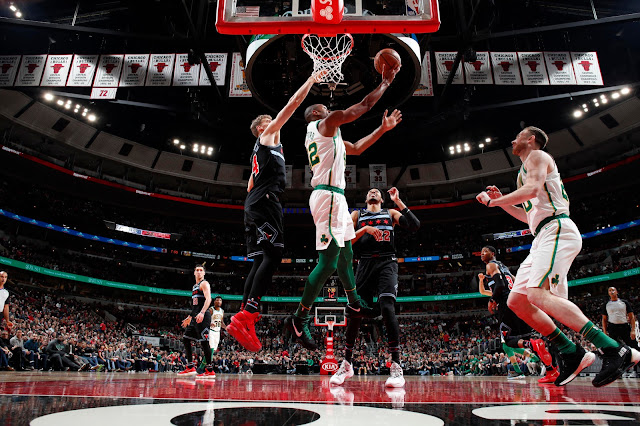 For his part, Kyrie Irving's response, weak as it was, was a better one. For Irving, who has struggled to find a way to connect with the rest of the team in the leadership role he seems to desire, an absence of finger-pointing (even implied) with a focus on the future is a wise move.

Kyrie Irving said this loss is behind him. Said he’s not concerned the Celtics’ struggles will leak into the playoffs. Why? “Because I’m here.”
— Jay King (@ByJayKing) February 24, 2019

“I don’t get frustrated by this stuff any more. It's just part of the regular season. In the playoffs, plan for a team, prepare for a team, I still don’t see anybody beating us in seven games.”
— Chris Forsberg (@ChrisForsberg_) February 24, 2019


A wiser one would have been to accept the blame himself, and then continue in the same groove of eyes forward, head up. That is leadership, and as much as it is not the kind of post-game speech any of us want to hear, leadership in the form of personal, public accountability and a re-dedication to on-court excellence is the best we can hope for when nights like this happen.

Kyrie’s lack of concern after Bulls loss was unusual b/c it was a change for him, but I think it’s generally a healthier approach. The-sky-is-falling feel after every loss has to be draining & clearly isn’t that productive & truth is the Cs are locked into the 3-5 range anyway.
— Adam Himmelsbach (@AdamHimmelsbach) February 24, 2019


More promising -- if promising is a word we can use to describe what happened last night with any credulity -- is the response from Brad Stevens. I have been loathe to openly critique Brad based on his past successes even given his obviously problematic rotations and lack of flexibility or visible accountability. it's as if he's scared to lose the locker room by making tough calls with bad or lazy players...thus losing the locker room.

Brad Stevens took the majority of the blame. Reiterated, as he has a few times recently, that he has to be better as a coach.
— Adam Himmelsbach (@AdamHimmelsbach) February 24, 2019


It could certainly be worse, of course, with guys clamoring to be cut or publicly announcing their departure at the end of their contract, but if a kitchen fire breaks out while you are frying something, you certainly don't wait for the relatively good record of your stove for delivering tasty meals to pan out, either. So, hearing Stevens say much of the blame for last night's loss fell on him was also, oddly, something of a positive.


Yes, of course most of the players not playing hard, well, or together are to blame - but this late in the season, so is Brad. Some aggressive, out-of-the-box (at least for Stevens) changes to his coaching are in order - this is not Butler, nor a rebuilding squad. Effort must be at a championship level until the opponent is buried, and then, and only then, can the foot be taken off the gas just a little.

Normally, I'd say that's not necessary, particularly concerning a tanking team this late in the season. But Boston has no identity to speak of, and very little time left to find one. Cold-blooded killers they may be, but until they consistently demonstrate it, we have ourselves a team with an overabundance of cupcakes, from the bottom almost all the way to the top (a few names have been excluded, to protect the innocent).

We did not sign up for cupcakes, as sweet as they are.