With things going wrong for Celtics, time to get back to basics


This is sound advice for groups and individuals. When things are no longer working, go back to basics - and work from there. The two basics in pro basketball are defense and rebounding. They don't depend on a hot hand, luck, leadership or team chemistry. They come about because of hard work, dedication to the task at hand and determination to stop every opponents' offensive move and to crash the boards to get every rebound. 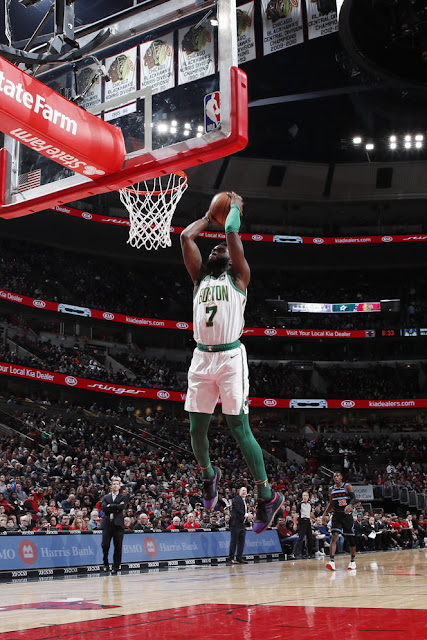 I'll start with defense (or lack thereof) in the loss to the very-mediocre Bulls. I offer the following (per NBA's Andrew Seligman):

(Zach) LaVine and (Lauri) Markkanen became the first Chicago teammates to score 35 or more in the same game since Michael Jordan and Scottie Pippen each had 37 points at Phoenix on Nov. 20, 1996.

May I suggest that Lavine and Markkanen are not in the same league as Michael and Scottie, two of the top-5 NBA players of the time. They combined for 73 points on close to 60% accuracy from the field. How the Hell does that happen?

Rebounds? Chicago had 49 to Boston's 32. The Bulls Markkanen gathered 15 on his own. Tops for the Celtics were the Marci (Smart & Morris) with six each. I have applauded Jayson Tatum for becoming a better board man, but he had a paltry single rebound in this game. How the Hell does that happen? CelticsLife's Justin Quinn gives us a clue:

I have been loathe to openly critique Brad based on his past successes even given his obviously problematic rotations and lack of flexibility or visible accountability. it's as if he's scared to lose the locker room by making tough calls with bad or lazy players...thus losing the locker room.

Change needs to start at the top - and that is Danny Ainge. Danny may have been a gunner in his day, but I could never accuse him of lack of effort. He needs to let Brad Stevens know that avoiding hurt feelings is off the table. I see no huge issues with Kyrie Irving except on the defensive end - and most likely with his wavering leadership skills.

Terry Rozier needs to take a hit on his minutes. Tatum needs to be turned loose on offense - while being reminded to pass the ball on some of his drives and not to neglect rebounding. Jaylen Brown needs to get more floor time and not be yanked by Brad when he is on target. As much as I respect Stevens, he does not seem to mind offending Jaylen when he is on a roll.

The Celtics face the Raptors tomorrow night, and a win would go a long way to helping cure Boston's ills. It starts with defense and rebounding - the basics. Brad's stance needs to be - do both or get taken out. Period! Hurt feelings? So what. We have come to that.