After losing a one-point game on Thursday night in Milwaukee against the Bucks, the Celtics strolled into Chicago to face the Bulls, expecting an easy win.

Chicago had played the previous night in Orlando and figured to lay down to their visitors from Boston, but that wasn't the case, as the Bulls downed the Celtics 126-106 in Chicago.

Zach LaVine looked like the second coming of Michael Jordan as he poured in 42 points, while adding six rebounds and four assists. It seemed every time the Celtics made a run to cut the gap, Lavine was there to bury Boston's hopes.

Boston was led by Kyrie Irving's 37 points and 10 assists as well as Jaylen Brown (14 points) , who unlike the rest of the bench showed some life during the game. 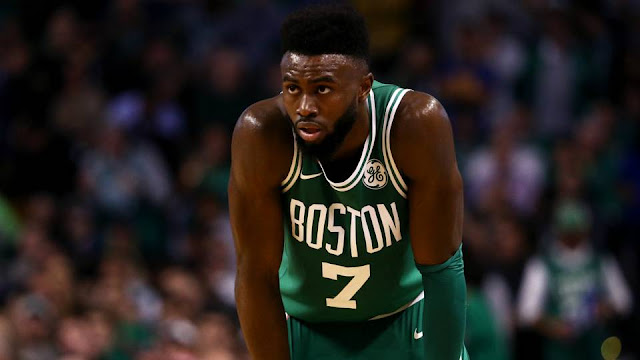 The Bulls used a 36-18 second quarter to take a lead they never looked back on. Chicago shot 53 percent for the game, including 40 percent from beyond the arc.

The Celtics return to action Tuesday in Toronto to take on the Raptors.

Rob Welch2/23/2019 10:40:00 PM
Share
Rob Welch
I have been a die hard Celtics fan since birth, even though I don't really want to talk about the ML Carr/Rick Pitino Eras but I will if necessary.
Newer
Older