This Day in Celtics History: #33 goes up in the rafters 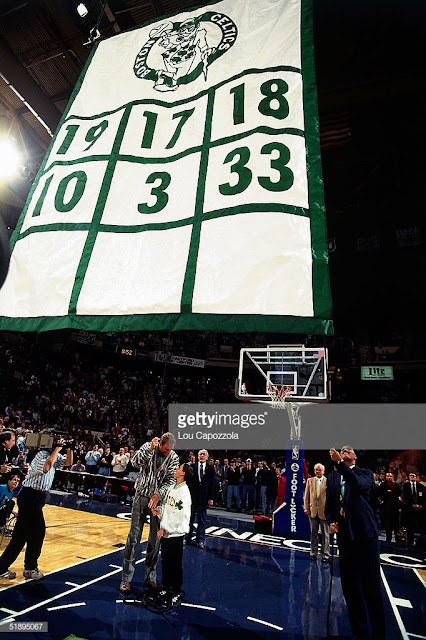 "Once your name goes up in the rafters, that's the ultimate." - Larry Bird

Michael Jordan may have made me jump out of my seat as a kid with his gravity-defying athleticism, but Larry Bird is who made me truly love the game of basketball. The shooting, the no-look passes, the clutch factor, the trash talking, the needing a back brace just to move only to be diving on loose balls hours later, the double-achilles surgery. The beating of the Lakers. I was all in for all of it.

So, it was only inevitable that Bird would join the ranks of Bill Russell and John Havlicek and others when his #33 was retired in the Garden 26-years ago today. While many numbers hang high up in the Garden, you truly have to be special for those honors. And that's just what Bird was: special.

From all of us at CelticsLife.com, we salute the man, the myth, the "Legend" himself. Cheers to you, Larry.