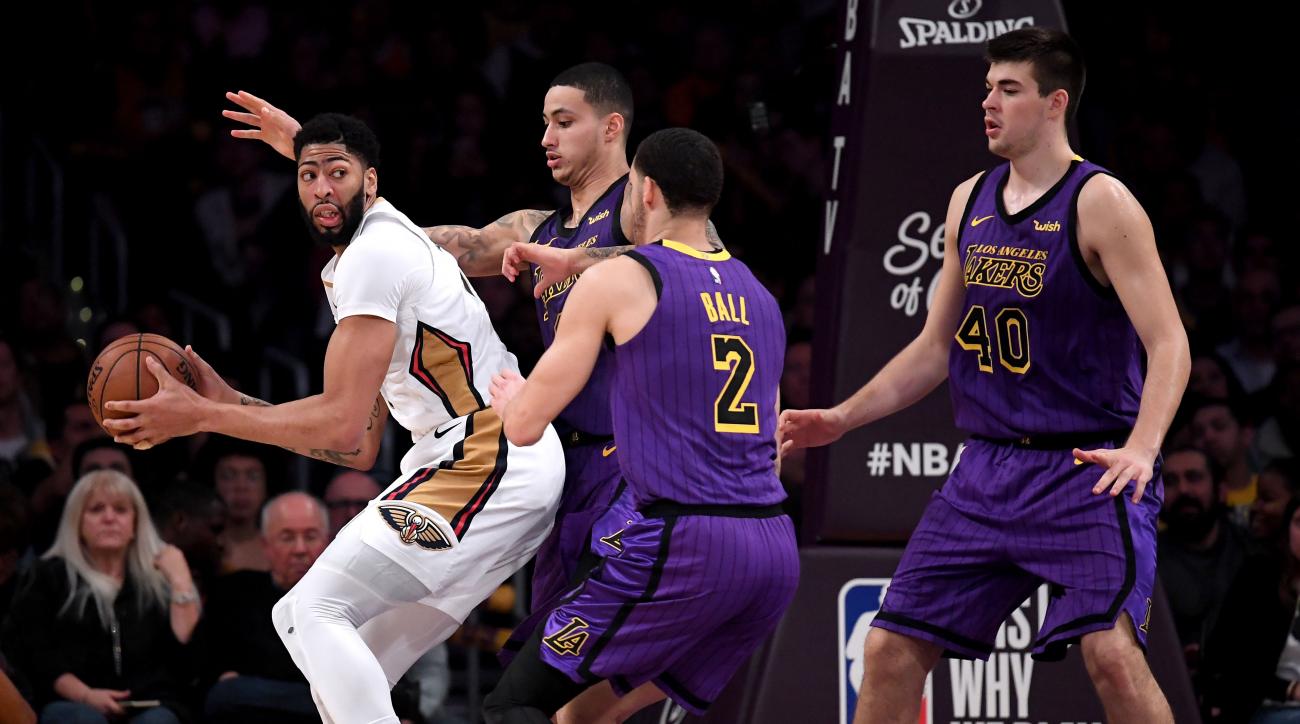 It's looking like the chances of Anthony Davis being traded to the Lakers by this week's trade deadline have improved. Basically the Lakers just need to not be cute and give the Pelicans what they want by Thursday. Ideally for New Orleans, Lonzo Ball would be re-routed to a 3rd team, but the Pelicans can accept him for now and deal him later (before his inevitable trade demand once his free agency gets closer).

So Anthony Davis’ agent has added the Bucks and Clippers to the list of teams he’d re-sign with (to go with the Lakers and Knicks). So the Lakers and 3 teams that don’t have the assets to make a deal before the deadline. #convenient
— CelticsLife.com (@CelticsLife) February 4, 2019

LaVar Ball tells ESPN that if Lonzo Ball is traded, he wants his son to go to Phoenix: “We want to be in LA. But if he’s traded, I don’t want Lonzo in New Orleans. Phoenix is the best fit for him. And I am going to speak it into existence.”
— Ohm Youngmisuk (@NotoriousOHM) February 4, 2019

Anthony Davis’ representatives have informed the Pelicans that he would sign long-term with the Lakers, Knicks, Bucks and Clippers if he is traded, league sources tell @TheAthleticNBA.
— Shams Charania (@ShamsCharania) February 4, 2019

If the traded does not happen by the deadline, the Celtics would enter the mix in the summer. Not a huge fan of the idea of HAVING to trade Tatum plus a lot more or else Kyrie leaves. If Kyrie is the leader he says he is and is as great as everyone says he is, he should want to stay in Boston longterm with this young core. It's a talented team. He should be able to win without AD. Yes Davis would make things easier, but that opportunity might be gone by Thursday.

Silver lining: If AD gets traded to the Lakers by Thursday, at least they will have parted with all their young talent in order to add a 2nd star. If they just signed another star as a free agent, they could still use their youth assets to maybe trade for a 3rd star. Now they'd have a mid 30's LeBron, Anthony Davis and little else. Also we'd get to keep Tatum and Brown and maybe draft another talented piece with one of our remaining pics. When the Lakers traded for Dwight Howard years ago in his prime, it looked like the end of the world. Things sometimes don't go as expected. Maybe LeBron shows his age next season and/or gets hurt. Maybe Davis then doesn't see a bright future in LA or hates playing with James and leaves as a free agent in 2020 and the Lakers are screwed. Lots of things can happen.