Our CelticsLife readers voted Marcus Smart as the Celtics best perimeter defender of all time, edging out Tony Allen, John Havlicek and Dennis Johnson. Damn good company for Marcus - so why has he not been named to the NBA's All-Defensive Team. 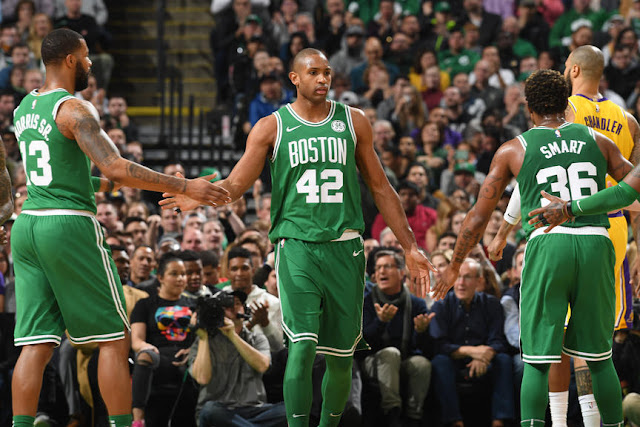 Marcus Smart is the best on ball defender. The fact he has 0 All NBA Defensive teams tells you exactly how much of a popularity contest the NBA is. Nobody and I mean nobody covers 1-5 better than Smart

Now we are on to the Celtics top all-time rebounder. The fact that Bill Russell averaged 22.5 rebounds per game and stands in 2nd place all-time for that stat might sway your vote a bit. He also had games of 51, 49 and 49 (again) rebounds in his career. The video below isn't very exciting, but you get to see Johnny Most as a much younger announcer. Most fans liken him to actor Walter Brennan - who looked old even as a younger guy. But you get to see the green crew from the 1961-62 season. That alone is worth watching.

Dave Cowens comes in at the 8-spot all-time in rebounds with 13.6 per game. Both Russ and Big Red were lefties, and both could rip down rebounds like no other could (except maybe Wilt Chamberlain - #1 all-time in boards per game).

There may be other board men that come to mind, but these two stand out for good reason. Let us know what you think.