A case for Danny Ainge to hang onto Jayson Tatum


We all knew right away that Jayson Tatum was no ordinary rookie. He stepped right in with confidence - and even a bit of swagger. Then he showed his poise and grit in the 2017-18 post-season, helping his team come extremely close to getting to the Finals against the Golden State Warriors. 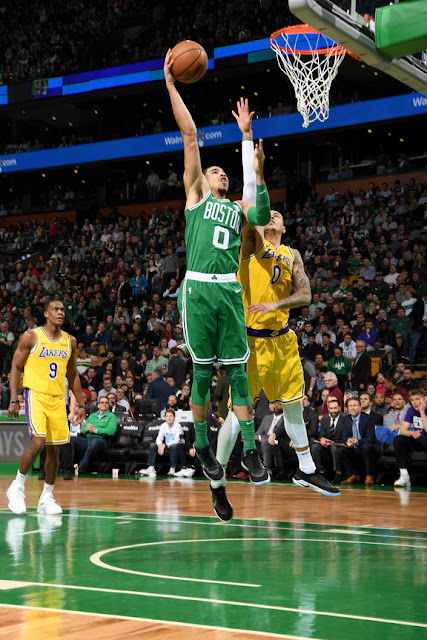 Now we are looking at the Summer-of-Anthony-Davis. If the Brow-to-Boston becomes reality, who goes? Marcus Smart? That would break my heart. Jaylen Brown? Please, big frown. Daniel Theis? Not nice. Al Horford? Hate to see it - ran out of rhymes.

If Davis comes to Boston, the city will feel some pain. Danny may make it seem like he will unload the roster to acquire AD, but he won't do that. And I am still not convinced an Anthony Davis trade is the way to go. Certainly not if Tatum becomes part of the package. Jayson remains remarkably injury free, first of all. He has played in all 55 games so far this season, and he only missed two games in his debut season, and that may have been due to the birth of his son.

We know Davis' injury history, and he can be fragile. Jayson is first-and-foremost, a scorer - but he also is becoming a solid board man. As with Bryant and Leonard, we have not seen the best of Tatum in his second season. Ainge is already working and scheming to fabricate a deal with New Orleans that will work talent-wise - and dollar-wise. I don't foresee Jayson Tatum as part of that scheme.

Tom's Fit Tips: The photo below displays what my clients refer to as The Dungeon of Despair - part of my basement gym. Women love a wide upper back on a guy, and the best way to get that is the wide, palms-away pull up. For those that can't do them, use the resistance bands shown here. Go full range - to a dead hang. Best way to build great lats. For a real challenge, do a 4-part drop set. Body weight first - then the smallest band - then the middle band - finally the largest band - no rest between each one. Don't forget heavy negatives. Throw a weight vest on - jump to the top position - and lower yourself to a 10-count. Pull ups are one of the toughest exercises, and results come painfully slow. But they are worth it. 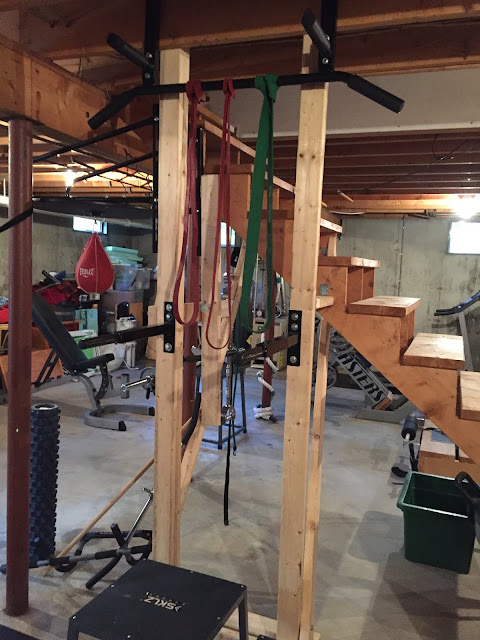