Somebody please stop this ride, I need to get off for a bit.

Don't get me wrong, roller coasters are fun for some people! The ups, the downs, the highs and lows - sometimes, even getting thrown for a loop! 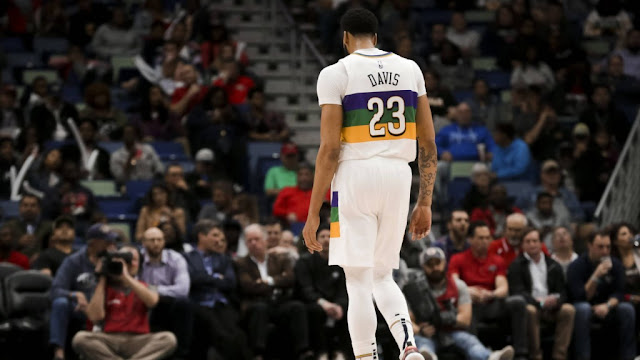 And that's what happened this morning, when Anthony Davis spoke on his supposed "list" of teams he'd consider resigning with, of which the Boston Celtics were reportedly not on.

Except, now, it seems, they were.


Anthony Davis is asked about the Boston Celtics not being on his list. “They are on my list.”
— Tim Bontemps (@TimBontemps) February 16, 2019

But wait! Turns out, there never was a list at all.

Unless there was, and now...there isn't.


Anthony Davis on the Boston Celtics being on his list: “All 29 other teams are on my list” & says he’s never gave the New Orleans Pelicans a preferred destination pic.twitter.com/QE01xOpH3A
— kingtisemedia (@kingtisemedia) February 16, 2019

Confused? You should be. I'm not even sure Schrodinger's List, which both exists and does not depending on when you observe it, is even worth talking about at this point, as it's painfully clear Klutch and Rich Paul have meddled so intensely they've gotten a man fired (Dell Demps, though to be fair, that was a move coming sooner than later and should have happened years ago).

What we can hear in the full video above is that "all 29 teams" are in play and that he "wants to win", and that we will "see what happens" in free agency, and that there never was a list to begin with.

Sounds like Davis may have started to realize just how much his agent seems to be working the league in favor of another player, and decided to change the narrative to something that might better protect his own reputation and interests.


There's been a lot of damage done by this blundering effort to force a move to benefit LeBron James, but if The Brow is (finally) being honest, there's at least something to work with going forward. Count me among the many growing increasingly less interested in selling the farm for a significant risk of a one-year rental, though, if for no other reason that the fact that I hate roller coasters.


Rollercoasters are fun for some; others, they make nauseous. https://t.co/KWSrhn73TH
— Dr. Justin Quinn (@justinquinnn) February 16, 2019