At first glance, this entire deal seems to stink. But let's take a closer look. According to NBA.com's Tim Reynolds, The Cleveland Cavaliers signed the Golden State Warrior's restricted free agent, Patrick McCaw, to a two year/$6 million contract and then released him after playing in only three games for the Cavaliers. 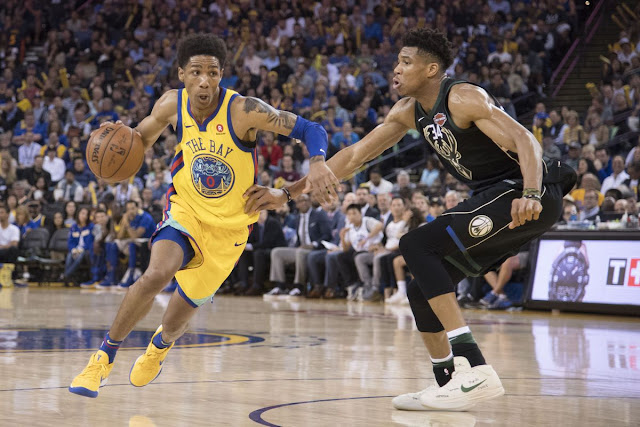 The NBA will launch a formal review into Cleveland’s signing and near-immediate release of restricted free agent Patrick McCaw at the request of Golden State, @NYTSports has learned

McCaw had originally turned down a $1.7 million qualifying offer from Golden State, making his a restricted free agent. Patrick may have also rejected a 2-year/$5 million offer from the Warriors. When the offer was rendered from Cleveland, Golden State chose not to match the offer, thereby sending McCaw off to Cleveland.

He played only three games for the Cavs, scoring a total of five points in 53 minutes of court time. Cleveland released him before his contract became guaranteed, thereby making him an unrestricted free agent. In its investigation, the NBA will certainly be looking at all parties involved to search for any collusion.

Golden state not matching Cleveland's offer may make sense since GS is in luxury tax territory. How about McCaw and his team? Patrick is now without a team but he has shown enough promise to merit a team taking a flyer on him - without Golden State having the ability to match any offer. Would Cleveland pick him up again at reduced dollars?

Cleveland, along with several playoff contenders, are expected to express interest in signing McCaw (unrestricted free agent) if he clears waivers. Guarantee deadline for McCaw (two years, $6M) -- and other players on non-guaranteed deals around NBA -- is Monday. https://t.co/QgZOUiPLVz

That could happen. Stay tuned on this one. McCaw's next offer, should he get any at all, will tell us a lot. Cleveland's stand will be that they signed Patrick to bolster their roster, and he didn't produce as expected. Sounds a bit simplistic. I expect the NBA's investigation to go nowhere unless specific and solid evidence comes forward. Count me as skeptical.