When Boston Celtics' Marcus Smart showed up at TD Garden ahead of last night's game vs Brooklyn Nets, it was pretty clear he was intent on impressing fans, both on and off the court. 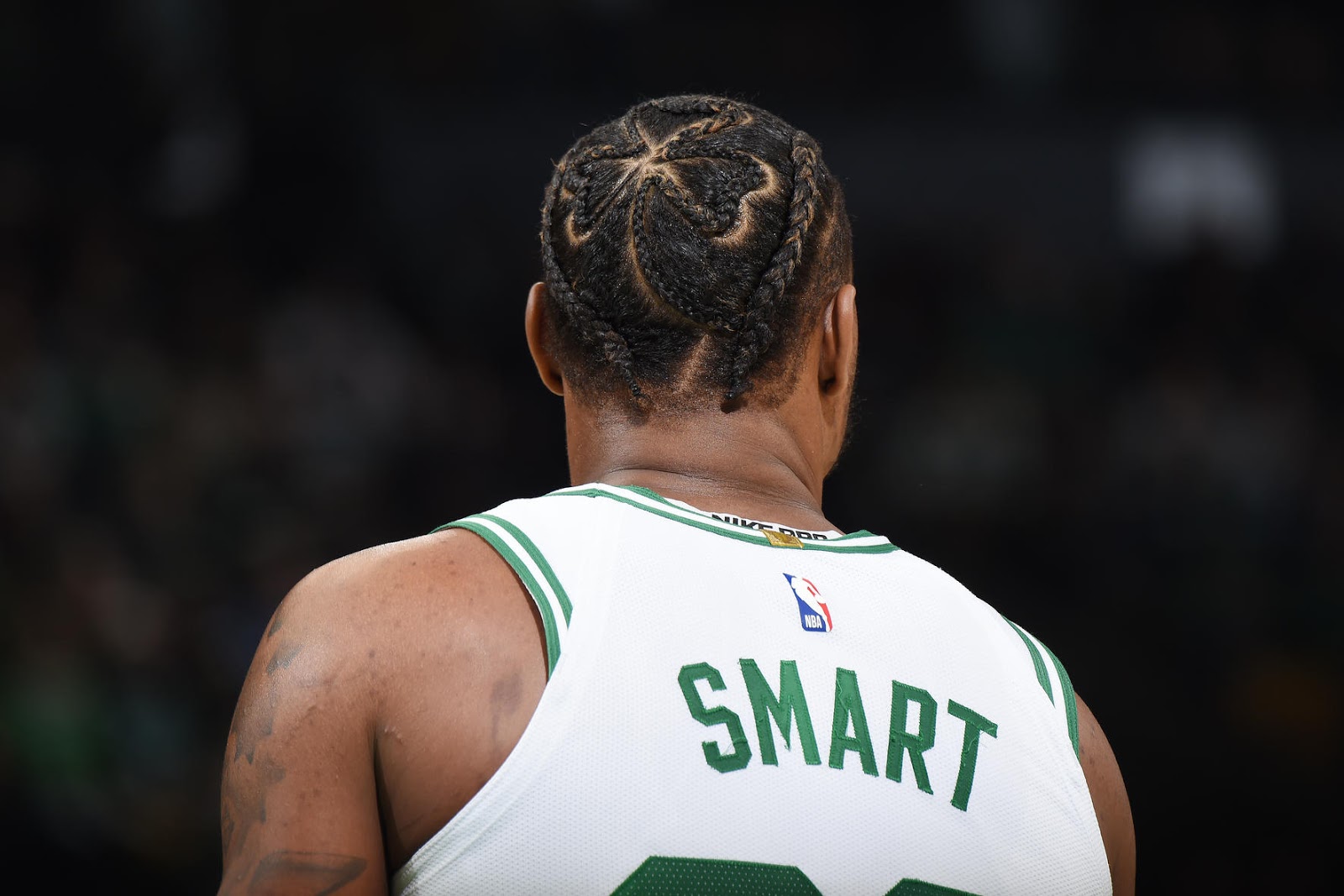 Marcus has always been a guy who takes great pride in being a Celtic, it's also well known he loves a hairdo, so it was no real surprise when he revealed his latest trim ahead of last nights 116-95 win against the Nets. The 6-4 guard paid homage to both the team and his number by weaving a shamrock and the number 36 in his hair and its safe to say it was well received.

Smart told members of the media after the game, it was also a nod to former teammate Gerald Green, who himself when he was in Boston, had a shamrock braided into his own hair. (Per NESN's Michael McMahon):

"Gerald kind of inspired it, He inspired me to get the shamrock and you know we added a little flavor with the 36" - said Smart on his inspiration behind the hairstyle.

The connection is no coincidence as Marcus added that he used the same hairdresser as Green did, that would be Joselyn Ortega aka Boston braider, of whom Smart was full of praise for when asked about his latest look. (per McMahon):

"It took about 50 minutes. Shout out to Jaws, her name is Jaws she’s the best braider in the country"- Smart added when asked who was behind the amazing work.

On the court, Smart finished the game with 12 points, four rebounds and seven assists, while sinking 4-of-8 for 50% from deep. It was from behind the arc where he was hot, hitting three of his first three attempts to start the game, also letting the Brooklyn bench know about it along the way, after they had some comments for him during the first quarter.

It remains to be seen whether or not he will don it once again on Wednesday against Indiana Pacers, but one thing is for sure, it was certainly a big hit amongst the fans and media alike.

Have any thoughts on Marcus' latest hairdo or even have a favorite of your own? leave us a comment and let us know.