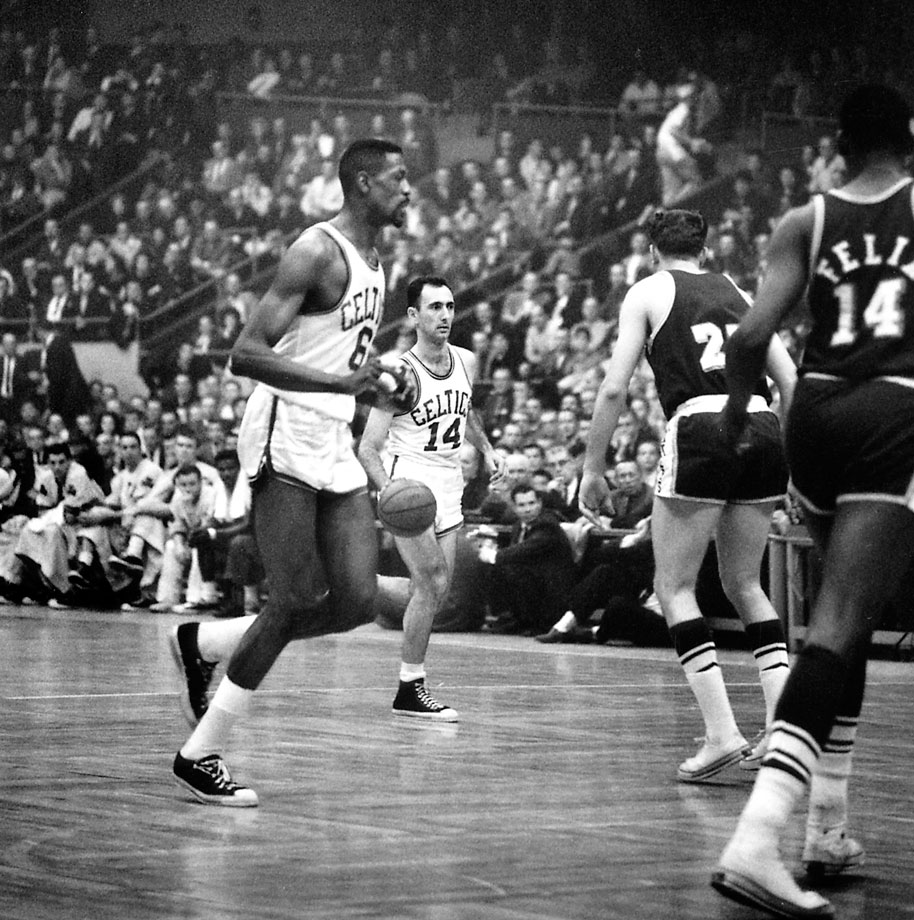 Back in the day (pre-1970, say), what passed for Sports Literature was like a cup of extraordinarily weak coffee with way too much sugar – artificially saturated but dreadfully short on substance, more fairly-tale than fact.

Then along came Jim Bouton, Pete Axthelm and most significantly David Halberstam – groundbreakers, all. Bouton’s zany and controversial Ball Four humanized athletic celebrity by opening the doors to the locker room – a few hotel rooms, as well … and Axthelm’s The City Game did the same by juxtaposing the regal manner of a Willis Reed or “Clyde Barrow” swag of a Walt Frazier with the NYC street cred of Goats and Destroyers.

And while fluff like The Babe Ruth Story glamorized hospital visits to kids and amusing eating disorders, Mr. Halberstam merged the best of Bouton and Axthelm to relate a real rags-to-riches story (Billy Ray Bates), to offer the insights of an aging “city guy” surviving mostly on guts and guile (Tom Owen), and generally to celebrate The Breaks of the Game, particularly Bill Walton’s.

Halberstam merged the joyful innocence of a life-long sports fanatic with the trained eye and mind of a serious student of history into his anecdote-laced prose – once and for all elevating the musings on sport into the lofty realm of serious Literature. (If you want to know what makes Bill Belichick tick, for instance, get your hands on a copy of DH's The Education of a Coach.)

Gary M. Pomerantz is staking his claim as the new Halberstam. His latest effort, The Last Pass, investigates the seven-year professional partnership of Boston Celtic Hall of Fame legends Bob Cousy and Bill Russell – and the half-century of uneasy distance between the two men that has existed since the conclusion of their 94’ x 50’ camaraderie. 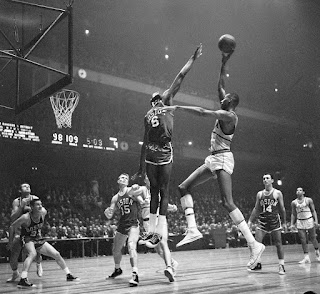 This new voice had slipped onto the sports scene with Wilt, 1962 amidst the wave of reflection that descended upon the hoops world following Chamberlain’s sudden passing in 1999. Professor Pomerantz includes the anecdote of the Big Guy’s stop-over in a game room (a “penny arcade” to us of the older crowd) outside the arena in Hershey, PA. Wilt entertained a gathering throng with some record-setting marksmanship on a shooting game … no wonder he drained 28 free throws en route to a 100-point game that ’62 evening.

The same keen eye is at work in his latest effort. For instance, when Red Auerbach succumbed to age and illness back in 2006, his daughter Randy felt the need to deliver the sad news personally to just two of Dad’s former players – Cooz and Russ, captains of the nine title teams he’d coached.

Regrettably (especially to Bob), it’s unlikely either would have contacted the other.

Pomerantz’s original vision for this literary effort was to paint a broader portrait, tracing the subsequent life experiences of all/most of the architects of a dynasty – he’d taken the same approach with his 2013 treatise on Chuck Noll’s Pittsburgh Steelers, Their Life’s Work. Captain Cousy seemed the logical starting point for such a venture.

Bob had consented to a background interview for the good Prof’s Chamberlain project … but begged off this time around. The author made an impassioned plea to long-time Celts PR-man Jeff Twiss, in which he cited this excerpt from that earlier talk with Bob: “I don’t think I shared Russell’s pain enough with him. I should have.”

In no time, Cooz himself phoned in his availability “on any day of the week that ends with a Y” … and Pomerantz’s purpose took a detour. As he puts it in the Preface:

Despite their common ground, Cousy and Russell have different basic natures. So why would Cousy expect that a relationship, even a friendship, would grow from his seven years with Russell? That question has no short answer. This book, the product of more than fifty interviews with Cousy over two and a half years, is, in a way, a long answer. 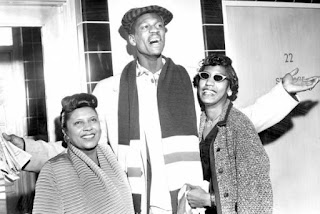 Unfortunately, the author’s many and varied attempts to gain Bill’s involvement were in vain … and even more sadly it seems Russ in recent times has raised concerns in the eyes of his children regarding his competence. Consequently, Russell’s “side of the story” is delivered through history or from the viewpoint of others. (A novel source for Russell background is Bill McSweeney, Russ’s collaborator on his first memoir Go Up for Glory back in the ‘60’s.)

Pomerantz traces the Cousy family saga back to his parents’ emigration from France in the late 1920’s, Bob’s strict Catholic upbringing in a dysfunctional home, his early anonymity as a player – only Boston College and Holy Cross wanted him.

The Cooz was not only an elite player but a bona fide “star” – a Brand, you might say – by the time Russell’s revolutionary ways (on and off the court) arrived on the scene. Bob also was and would remain the darling of the Boston press corps.

Cousy, the son of immigrants and a child of the Depression, had worked his way to a privileged position of status – commanding the highest salary in the league, augmented by endorsement and appearance money aplenty. He slid smoothly from playing to coaching at BC, until a six-figure annual salary offer had him coaching Oscar Robertson in Cincinnati. When released by the Royals, Auerbach signed him on for a long stint at the broadcast table. (Check out a relatively recent interview conducted by our own TB with Cousy’s play-by-play man, Len Berman.)

Bob and his wife Missie – whose dominion over “Wives Row” is covered in the narrative – made Worcester their life-long home, only in later years choosing to winter in South Florida. Their sprawling home on Salisbury Street a virtual museum to Bob’s career and legacy. In 2003, the Cousys decided to sell off Bob’s collection at auction, the proceeds utilized to ensure the financial future of their two schoolteacher daughters and their families. One piece of memorabilia they chose to keep was the Russells’ retirement gift to Bob, a bronze desk clock engraved with the words:

May The Next Seventy Be As Pleasant As The Last Seven. From The Russells To The Cousys. 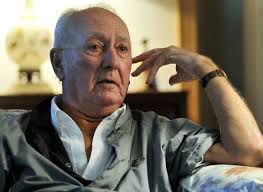 A couple of years earlier, Bob had become extremely emotional when talking about Russ during a TV interview. Shortly thereafter at a celebrity golf tournament both men regularly attended, Bill spotted Bob eating breakfast alone and approached him, doing his best to assure Cooz that there was nothing he could have done to make life easier for him in Boston.

What’s weird about this meeting is that, in reflection, Cousy realizes there were so many things he could have said … but instead chose to remain silent and accept Russ’s magnanimity as a kindness. Indeed Bob considers this engagement as “the most heartfelt and meaningful conversation he had ever shared with Russell.”

Tragically for Cousy, that morning became merely a surreal moment rather than the re-birth of a relationship … and his angst has lived on.

But as Bob discovers in the book’s final chapter, those famous four words from a long-ago St. Patty’s Day ring as true now as ever – We Love You, Cooz!

Like the best of Sports Literature, a lot of tangential NBA history is revisited and/or augmented. In particular, Professor Pomerantz seems to have dug up some heretofore overlooked tidbits pertaining to the patriarch of the Celtic dynasty, Walter Brown.

I took the advice I long offered to my high school students – I’ve only read the book itself, not the ancillary stuff like annotation or review.

Turning myself over to the author's story-telling skill proved a wise choice … and yes, I’ll re-read it more thoroughly by-and-by.