The 24 points were a season-high for Al Horford in Boston's 117-108 win over the Raptors. He was 9-of-12 on field goals, while adding seven rebounds. 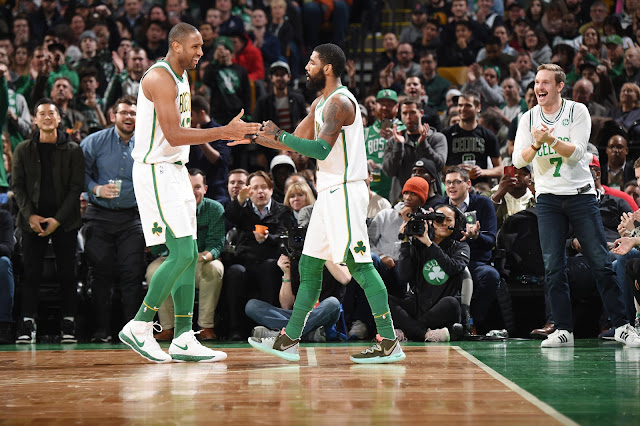 Al was scoring from all over the place - finishing lobs, bulling his way in for layups, taking feeds for slams, hitting from beyond the arc. His entire repertoire. Even the nebulous Twitter character known as Janos was impressed.

hi @Al_Horford is janos . Thank you for do full crush on raptor . All fan is aprecate .


I have no inside information, but at least one of our readers mentioned that the elusive Janos may possibly be our Celtics General Manager, Danny Ainge. Well, if that is true, here is Janos in the guise of Danny in awe of Al's jam. Prior to the game, Janos gave Al some advice: "Tomorrow raptor is come. You are need to do full crush on them."

Horford played 34 minutes in this one and seemed to have little difficulty in his movements, even after taking contact - so hopefully the knee is solid. The veteran duo of Al and Kyrie is certainly needed for any post-season run, and they just click when on the court together. Let's hope they both stay healthy.