With a friendly schedule ahead, how long will Boston keep winning?


The Boston Celtics are slowly crawling back up the East standings behind the league's longest winning streak, and they could keep rolling for some time to come.

Currently standing at 17-10 after a largely disappointing 10-10 start, Boston now finds themselves in fifth place in the Eastern Conference, four games behind the first-place Toronto Raptors. 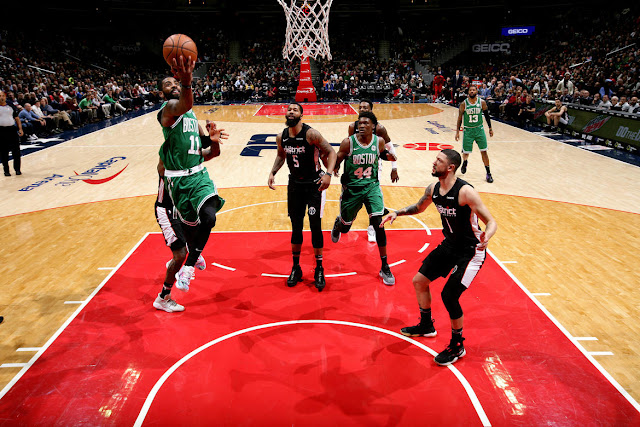 The Cs are poised to make up a lot of ground in a hurry, too, as in their next ten games, they only face the Milwaukee Bucks, Philadelphia 76ers, Memphis Grizzlies, and Charlotte Hornets as clubs with a record over .500, the Hornets qualifying as such by a single win.

The wins might not stop there, either, as the following ten games are also very favorable, with only the Indiana Pacers, Raptors, and Grizzlies again are the over-.500 teams on the schedule.

Beyond that, the schedule stays light, with the Golden State Warriors, Hornets, Oklahoma City Thunder, Los Angeles Lakers and Clippers and 76ers are the over-.500 teams for the ten games after that, the schedule not truly beginning to get a little tough again until well after this year's trade deadline, and even then, not by much.

Let that sink in - over the next 30 games, Boston will only play 13 teams with winning records, and over the entire remainder of the season, the team will face as many teams over .500. While the rough start was one of the least fun stretches of Celtics basketball I can recall since before Kevin Garnett came to town, it's starting to look like those saying it was the hardest stretch of the year is behind us.

Whether it's the relatively light schedule, Topher Lane's new Celtics hat (that's his theory, anyway - he bought it just before the streak began), Brad Stevens' roster changes, or the spirit of Red Auerbach intervening, all I know is I'm happy with the results.