NBA History: All Records Are Meant to be Broken 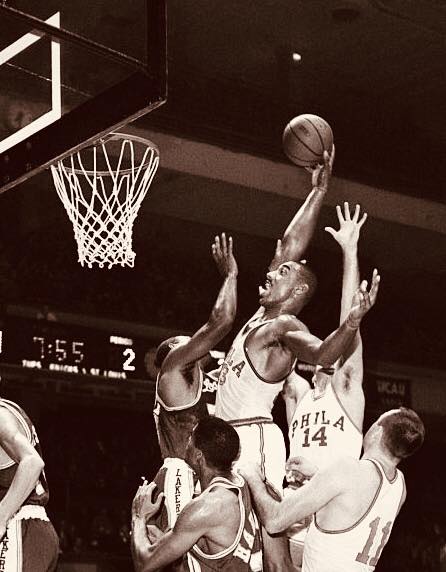 Through yesterday’s 10-game slate, the new and improved NBA this season has offered us 377 “Basketball Battles” – as long-time Celtics’ voice Johnny Most used to dub them – 754 team performances, so far.

… but also because exactly 57 years ago today, in one NBA game, a measly two players combined for a whopping 141 points. 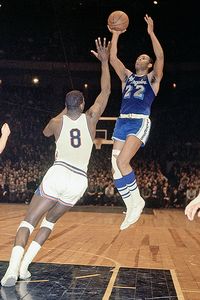 But the SportsCenter highlight for the night featured a player wearing “home whites.”

Mere weeks before he would appease the “sweet tooth” of sports fans everywhere (fittingly in a place called Hershey), Wilt Chamberlain attempted 62 FG’s, making exactly half of them – to which he tacked on 16 (of 31, yuck!) FT’s. Wilt’s 78 points – to which he added 43 rebounds – eclipsed the Association’s existing single-game scoring record of 71, set by Baylor a season earlier.

Curiously, on the very same night, in of all places the Boston Garden, another of Mr. Chamberlain’s league standards was surpassed.

Even as his team was dropping a 123 – 111 decision in a game that featured some Jim Loscutoff fisticuffs, Syracuse Nationals’ guard Larry Costello (who would go on to coach Kareem Abdul-Jabbar to his first professional championship a decade later) connected on his first 13 consecutive FGA’s en-route to a sparkling 32-point performance. The prior record had been shared by Chamberlain and George Yardley.

The Celtics and Nats played again the following evening in up-state New York, a Friday-Saturday home-and-home. According to Michael Hamel’s thorough research, those two games combined to draw 5,999 paying customers. The three-time defending champs drew but 2,843 fans to the Garden for that Friday night encounter with a long-time rival.

The struggles of the league in its early times were quite real … but the product was always FANtastic!!