Marcus Morris struggles with knee, Cs struggle without him


For a player many have assumed isn't part of the Boston Celtics' long-term plans, Marcus Morris seems to be a pretty important part of its present, and after struggling with a sore knee recently, it shows.

Morris, who has been battling soreness in his knee since last season, has been taking the cautious approach, causing him to miss last night's loss to the Phoenix Suns. 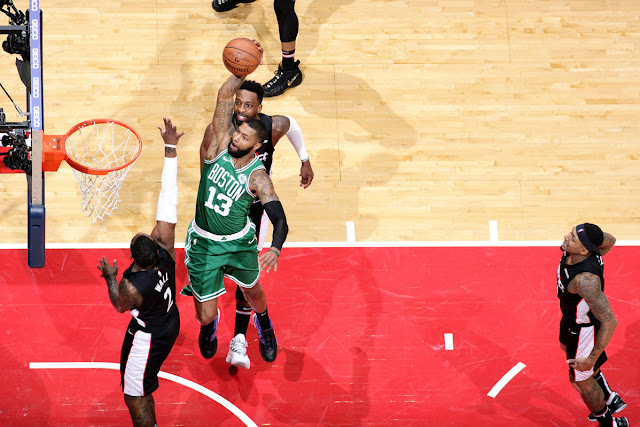 One of the few consistent players on this iteration of the Celtics, Mook's steady offense has been the saving grace of the team on more bad-shooting nights than I care to recall. In fact, despite the balky knee, the team has had no better offensive threat this season on a regular basis save perhaps Kyrie Irving, and that's no aspersion on the point guard.

Averaging career-high points and rebounds per game, and a career-best .424 from deep, Marcus has really come into his own - and the results are born out on the court. The team has lost every game he has not scored in double digits in which he's played save one - an 18-point romp on the lowly Atlanta Hawks on November 23rd.

Danny Ainge said on @Toucherandrich that Aron Baynes will have surgery today to put pin in finger.

Ainge said he does not expect to seek roster help with Baynes out, noting that Guerschon Yabusele and Al Horford should be back soon. He also expects Marcus Morris to play Friday.
— Chris Forsberg (@ChrisForsberg_) December 20, 2018


With knee soreness currently ravaging not only Morris but Al Horford, and Aron Baynes out with an injury to his hand, the Cs will be forced to lean on their depth, and moving players to roles outside their usual skillset to stay competitive during the very busy coming stretch of games.

They also might want to think about trying to hang on to Morris, given what we've seen so far.