Tatum and Brown both offered for Anthony Davis? 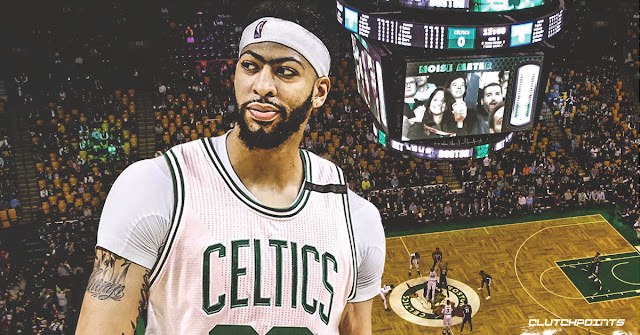 ESPN's own Stephen A. Smith is always one to keep it 100. While some dismiss Smith's commentary as conjecture, no one can disprove the fact that Stephen A. has unquestionably had his finger on the NBA pulse for years.

So, when talk of Anthony Davis moving out of the land of Mardi Gras comes up, ears around the league perk up to hear the latest. Especially when it comes to who Boston Celtics big brass man Danny Ainge -- a man who's had his eyes on AD since basketballs have been round -- would be willing to include in a deal for the generational superstar.

As we know, any deal for AD before this season concludes would have to include Kyrie Irving (thanks, Rose Rule). But according to what Stephen A. said on his show, his sources tell him that Danny Ainge has called the Pelicans and has offered to include both Jayson Tatum and Jaylen Brown in a potential deal for "The Unibrow."

I'll give you all a moment to yell at your phone (or laptop).

Now, Jaylen has been struggling this season, but we know what he's capable of. (see 2018 playoffs).

Jayson Tatum is the future. That kid has superstar written all over him. But do we send them both across the country in order to snag the coveted Davis?

It's a tricky proposition. First, you obviously have to give up a lot to get a lot. Historically, giving up a lot isn't Danny's style. But when add Magic Johnson and the Los Angeles Lakers front office to the mix, the asking price has to go up.

Both storied franchises want Davis. The Lakers, according to Las Vegas and others, are the favorites, partially because of Davis' new agent, Rich Paul, who is also Lebron's Jerry Maguire. Considering LA wants him, we may just have to give up more than wanted to not only snag the unicorn, but to also prevent him from going to LA. And yes, I know, AD could leave after next year and go to LA on his own, but that's a risk I'm willing to bet Danny will take. Especially when you factor that Tatum and Brown are technically "house money," dividends from the greatest heist since Jimmy "The Gent" Burke and his crew ripped off Lufthansa in 1978.

Something of note: AD and Kyrie are close friends, so something tells me if Davis were in green and white that he'd be dunking his donuts in the 617 area code for a long time coming.

What do you think? Should we give up both Tatum and Brown if it means snagging AD? Let us know in the comments below.