The Celtics trouncing of Chicago by a 56-point margin seems to have contributed to the Bulls slide into oblivion. They have the second-worst record (6-23) in the League and have lost their last three games. And now former-sixth man, Jabari Parker, has been removed from the regular rotation. 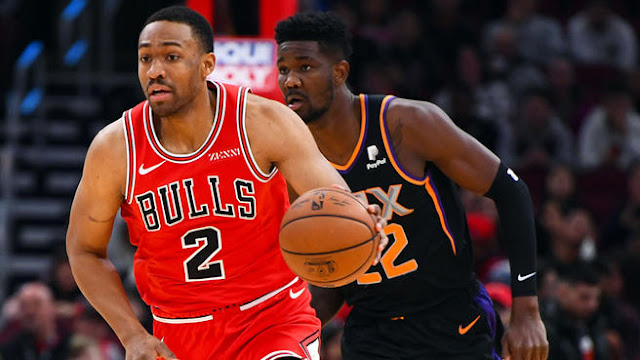 Parker was taken by the Milwaukee Bucks as the second-overall pick in the 2014 draft. The Bulls signed him as a free agent to a two-year, $40 million contract this summer, with the second year being a team option - an option that now appears may not be picked up.

Jabari Parker will no longer be a part of the Bulls' regular rotation, league sources tell ESPN. https://t.co/RnPzzGznrh

The 23-year-old forward was averaging 30 MPG, 15.2 PPG and 6.9 RPG this season, but only averaged 11.4 minutes per game over the last two contests. According to ESPN's Malika Andrews, Jabari has been yanked from the regular rotation:

With Parker, 23, out of the regular rotation, it's unlikely that the Bulls would exercise the team option on the second year of his deal. There have been no conversations between Parker and his representatives on a potential buyout, but that could become an increasing possibility closer to the trade deadline. Parker is averaging 15.8 points, 7.1 rebounds and 2.3 assists per game.

The Bulls have had a turbulent week. After suffering a 56-point loss to the Celtics on Saturday, players threatened to not show up at the Sunday practice (Coach Jim) Boylen had scheduled. The Bulls have not taken a day off in Boylen's 10 days as head coach.

In practices, players have been asked to run suicides and drop down to do pushups, unconventional drills at the NBA level. While Boylen's directive from management is to be tough, some players view Boylen's coaching style as excessive.

The Bulls are clearly in tank mode, while attempting to develop their promising youngsters. And Parker's defense, or lack thereof, may be playing a role in the demotion (per Chicago.SunTimes' Joe Cowley):

Maybe that’s why defensive liability Jabari Parker played a season-low 4 minutes, 10 seconds in the loss and might find himself with even less playing time in the future.

A Bulls source said Parker’s playing time will be determined by how well he competes in practices, specifically on defense. Boylen no longer will tolerate Parker seemingly playing defense only when he feels like it.

With Parker's injury history and lack of interest in playing defense, I would not expect him to be a target for the Celtics should a buyout occur. But Danny Ainge may see it differently. Stay tuned for further developments.