Are the Celtics scouting the Suns for Trevor Ariza - or someone else?


The Phoenix Suns are apparently shopping small forward Trevor Ariza, and several teams have been represented at their games, including the Celtics. Are the Celtics seriously interested in trading for the 33-year-old vet, or are they scouting other, and younger, Suns players? 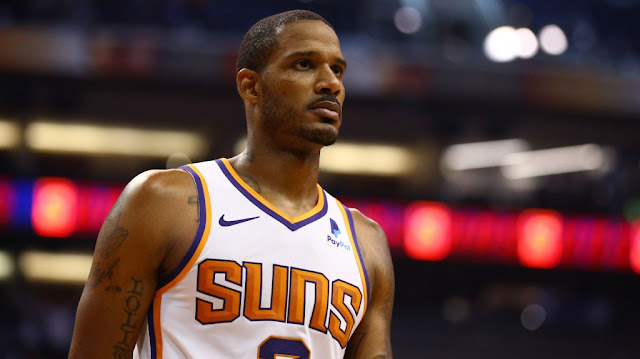 Ainge just fucking with everyone because he can. Always one step ahead https://t.co/C0Q35t0w5B

don't kid yourself, C's are there to look at bridges/melton/Jackson etc in exchange for rozier.

The Suns need a point guard, but the Celtics probably don't need another wing. At full health, they can go as much as 14-deep right now. De'Anthony Melton has started to play point for the Suns after being brought up from their G-League, but they could use someone like Terry Rozier. I still believe Marcus Smart will remain as a starter, and Terry is needed in the second unit.

The above tweet mentioned Josh Jackson and Mikal Bridges. For Terry? I don't think so. Jackson didn't want to come here in the first place. How about T. J. Warren. He is having a fine year, and is only 25 years old. Maybe, but he is still another wing that would see limited time. So I move on.

Ainge will not do any deal that is not a bargain. I will go a bit further. Danny doesn't just look for a bargain - he looks for a heist. He takes advantage of lesser front-office mortals. He may find that in the Phoenix organization and go for a bigger deal. Any guesses who that might be?