Although the team hasn't been able to rally around his improved play, Kyrie Irving has been noticeably better over the past four games. After scoring over 20 points and shooting better than 50 percent from the floor only twice in the first six games, Kyrie has flipped the switch and scored at least 20 points in three of his last four games, including two 30-point performances. His shooting splits have gone through the roof, 60 percent from the field and 56 percent from beyond the arc, and he is seemingly back to his "Uncle Drew" ways. But what exactly has changed? 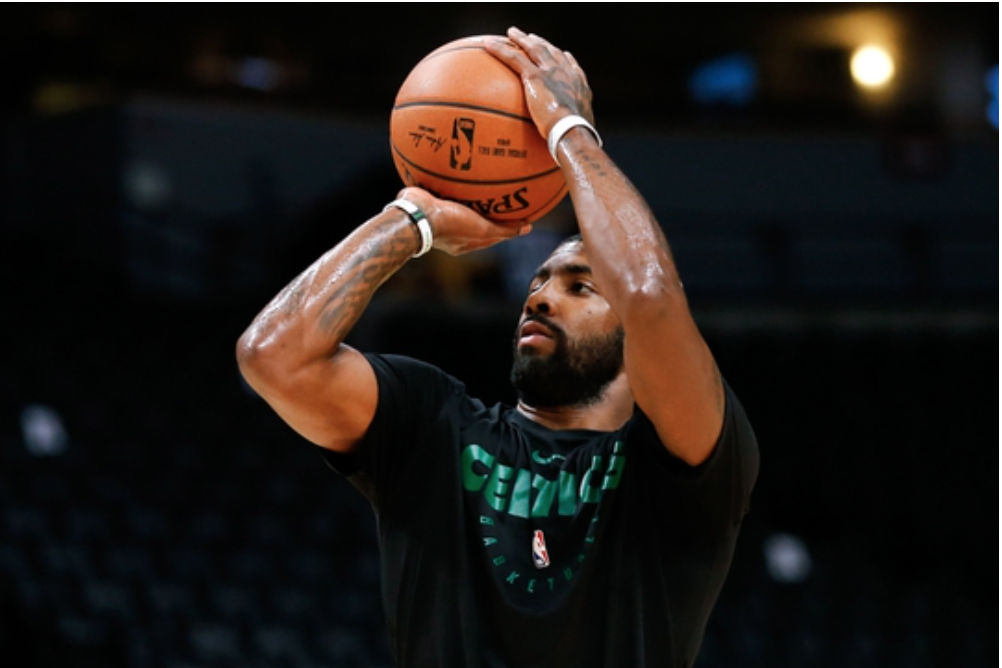 You could say that with each game back Kyrie is getting more comfortable after missing extended time with a knee injury last season, or you could even make the case that Tommy Heinson really did motivate him with his earlier comments about being overweight coming into training camp. But honestly, it's gotta be the haircut.

Kyrie's performance has been night-and-day since taking the scissors to that dusty-looking semi-afro look. Through the first six games of the season, Kyrie averaged a measly 14 points on 39 percent shooting from the floor and 24 percent from three. Kyrie is a marksman, and an overall efficient player, so the dips in not only production, but also efficiency were alarming early on. In the four games since the haircut, Kyrie has been on fire.

We are not only bordering on, but now exceeding, Masked Kyrie territory. Haircut Kyrie can now be placed firmly behind Untucked Kyrie as the second-best of his Super Saiyan forms. He has even gotten his swagger back after going toe-to-toe against the likes of Victor Oladipo and Jamal Murray in Boston's last two games. Unfortunately, the Celtics have come out on the losing end of those two games, but it's good to see Kyrie asserting himself as a premier player in the league again and not backing down from a challenge.

The hair was holding Kyrie back, and to quote Isaiah Thomas after the Celtics beat the Golden State Warriors to end their 54-game home winning streak, "Them hairs didn't have any buckets in 'em."