Are the Rozier rumors much ado about nothing? Danny Ainge thinks so


If there's trouble brewing on the Boston Celtics roster, they evidently forgot to tell Danny Ainge. 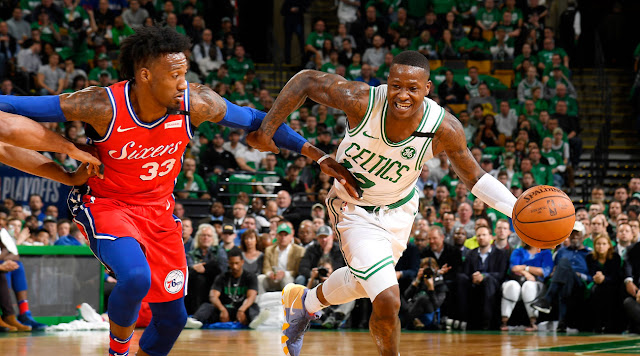 Of course, one might say that's exactly what a canny General Manager would say when faced with the prospect of having to make a decision before he's ready to do so, but that's not really Danny's style.

Unexpected early-season Celts subplot: Terry Rozier (restricted FA next summer) has been unhappy w/ his PT all season, word has gotten around the league, and everyone now knows the Celtics need to trade him... which, of course, makes it harder to trade him.
— Bill Simmons (@BillSimmons) November 7, 2018

On one of his weekly appearances on the Toucher and Rich Show, Ainge was asked about the rumors in question, that Terry Rozier is unhappy with his playing time and wants a trade. Said Ainge, (per WBZ Boston): "I haven’t heard any of that, so I don’t know how reliable those sources are."


Danny Ainge said on @Toucherandrich that Terry Rozier has not vented about playing time to him. Said he feels Rozier would “come to me and talk to me or Brad and that hasn’t happened.”
— Chris Forsberg (@ChrisForsberg_) November 8, 2018

While Danny might not be calling out Bill Simmons here explicitly, given the closest he has come to the rumor itself is by noting "word has gotten around the league", he's definitely firing a shot across the bow regarding the quality of Simmons' sources.

Bill has been right about enough things in the past that I give his sources consideration even when they seem a little stretched; while he's biased, he admits it, and isn't the sort that makes up sensationalistic nonsense just to generate clicks.


Have any teams called Danny Ainge about a trade for Terry Rozier?

"Not since the season started, no." #Celtics

That said, I suspect Ainge is being entirely earnest here, as it's in a number of competing teams interests to stir that particular pot - and the earlier, the better for them. It's not that a Scary Terry deal is out of the question, or even unlikely - the piece of the puzzle that's never fit this narrative well, though, is...why now?