Bill Simmons predicted a Terry Rozier deal soon; could he be right?

Bill Simmons has sparked some early-season trade chatter after suggesting Terry Rozier might be traded - and soon - on his most recent podcast. 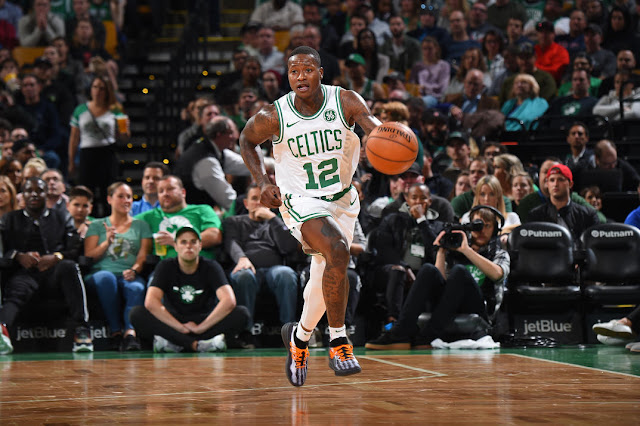 Stating that the team was having "chemistry issues", he said he felt there would be a trade coming, and "Terry Rozier will not be on the team ten days from now", specifically pointing to November 17th as the day on which Rozier would no longer be a Celtic.

Personally, I think this is just Bill noodling, but the man does have connections to the team, and might know something the rest of us don't - you can listen for yourself in the podcast above, at the 1:24:33 mark.
Moving Terry doesn't really make a lot of sense this early in the season unless it's for a team with playoff aspirations and in need of a guard and who has either the cap space to absorb his deal or a player worth not addressing the Cs' longer-term cap concerns by trading players into space to get under the tax.
That doesn't leave many teams, to be honest; in fact, only one, the Sacramento Kings, has cap space available outright, and there are still several exceptions left around the league large enough to avoid Rozier's salary and then some, so there's no obvious candidate apart from teams that need guards.

Other prob has been Rozier’s inability to thrive with less minutes. Some guys are just better as starters. Not sure he’s someone who can succeed playing 15 mins a game esp. in a contract year. He’s becoming a pretty obvious trade piece.
— Bill Simmons (@BillSimmons) November 4, 2018

In that regard, the Phoenix Suns (already linked to Rozier this season in trade talks), San Antonio Spurs, and several other teams could use a player of Terry's abilities, should he be able to play a sixth-man role above where he's at in Boston's rotation, if not the starter role he likely desires.
Where would you think it most likely for him to end up, should this have a basis in truth? IS there anything here, or are folks reading too much into Simmons' late show ramblings? Let us know in the comments below.
For more stories by Justin, click here.