As the Celtics attempted to battle back last night against the Jazz, All-Star Al Horford was noticeably absent from the lineup during crunch-time. 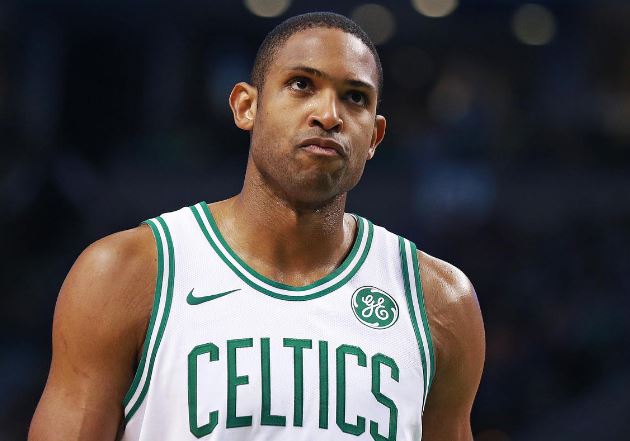 Horford logged 28 minutes on the evening, adding 13 points while grabbing four rebounds and dishing out three assists. But Coach Brad Stevens, with 1:29 remaining in the fourth quarter, chose to sub out Horford along with Jaylen Brown in favor of the red hot Marcus Morris and Gordon Hayward:

Al Horford on sitting out crunch-time: "It is different, but Coach felt that was the best thing. And for me I have to just sit back and learn and stay ready."
— Jay King (@ByJayKing) November 10, 2018

Stevens' decision didn't work out in Utah, but he has shown during his time in Boston that he will sit whomever during the closing minutes if it feels right.

Horford for one, was not happy with his performance overall:

Al Horford: "Today I wasn't very happy with my performance. I felt like I wasn't that presence I needed to be on the defensive end, and it was a lot of miscommunications. And I take blame for that, and I need to be better."
— Jay King (@ByJayKing) November 10, 2018

Jazz center Rudy Gobert owned the boards on Friday night, cleaning the glass for 15 rebounds, while adding 17 points. Utah out rebounded Boston 45-28, which could be a major factor in Horford's frustration as well as the 55 percent shooting the C's allowed as a team.

Horford, a 12-year veteran, is having a below average year all around. His 12 points per game is his lowest output since his second year in the league, and he is knocking down only 30 percent of attempts from beyond the arc, compared to the 43 percent he posted last season.

The Celts team as a whole has been a slow work in progress, but if they are to live up to expectations they will have to get more output from their starting center whose 6.0 rebounds per game is a career-low.

As the frustration lingers, the Celts get back to work on Sunday night as they visit the Trail Blazers who boast a record of 9-3 on the season.

Rob Welch11/10/2018 10:00:00 AM
Share
Rob Welch
I have been a die hard Celtics fan since birth, even though I don't really want to talk about the ML Carr/Rick Pitino Eras but I will if necessary.
Newer
Older