Kyrie Irving drives the Celtics offense, and his absence last night was worrisome for his teammates, but Marcus Smart had some excellent pre-game analysis. The Celtics lost to the Utah Jazz, but Marcus tried his best to lead by example and keep his team in the game. 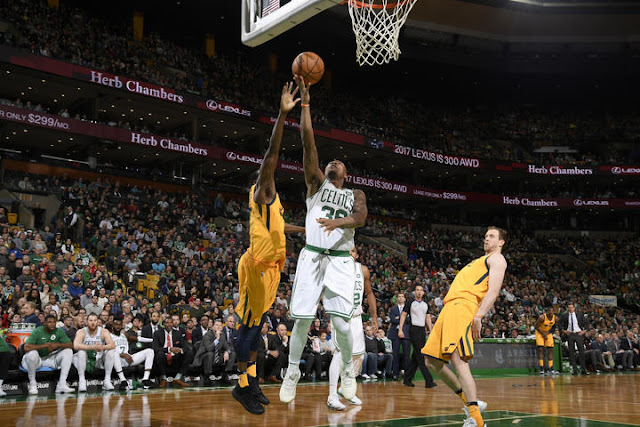 Smart played 33 minutes, scored 13 points - grabbed three rebounds and dished out 10 assists. Hell, he even shot the ball well, hitting 4-of-9 from the field - the four hoops all being 3-point shots. He also had two steals and only one turnover to go with the 10 assists. He finished the game with a plus/minus of +10.

In Smart's pre-game interview, seen in the tweet below, he made the following comments on filling in for the absence of Irving. Listen to the short interview for the context to Marcus' dislike of snakes.

I have to lead by example.
You move the ball even more now.
It's gonna take a full-team effort.
We really have to get each other involved.
I strongly dislike snakes.

Marcus Smart talks about leading by example tonight and what we'll need to do offensively with Kyrie out. pic.twitter.com/DboDFjTomn

Smart actually passed off for four assists in a 4-minute period at the end of the second quarter. Two of them gave Jayson Tatum and Al Horford easy layups, exactly what the Celtics needed, and another assist got Jayson Tatum a 3-pointer. Marcus was as good as his word - he set the example and got his teammates involved. He even had time for his fans after the loss. We might add gracious to the qualities in this young man.

Marcus Smart still made time for some Celtics fans after the game 🤗#ThisIsWhyWePlay pic.twitter.com/9Lseq7Vyrm

Smart: “We’re letting guys that we know are going to do certain things do those things. That’s a slap across Brad’s face and this coaching staff who spends countless hours, countless days, preparing us and giving us the tools that we need to go out there and to cut that off.”

Kyrie Irving puts a lot of pressure on the opposing defense with his moves. Al Horford controls every part of the Celtics schemes out there - at least to some extent. But it is Smart that sets the tone for toughness, tenacity and the will to do anything to win. He leads by example, but now has become more vocal. And he is turning into a great interview for analysts. He even hit his shots last night. Just don't get too excited too soon. It is only one game. I am only talking about his shooting here. Everything else is the same high-level intensity every damn game.