In a previous article, I had written that Terry Rozier's playoff performance as a starter compares nicely with his 2017-18 regular season per-36-minute numbers. And last night, despite the loss to the Utah Jazz, he was in the starting five - played 36 minutes - and put up solid numbers. 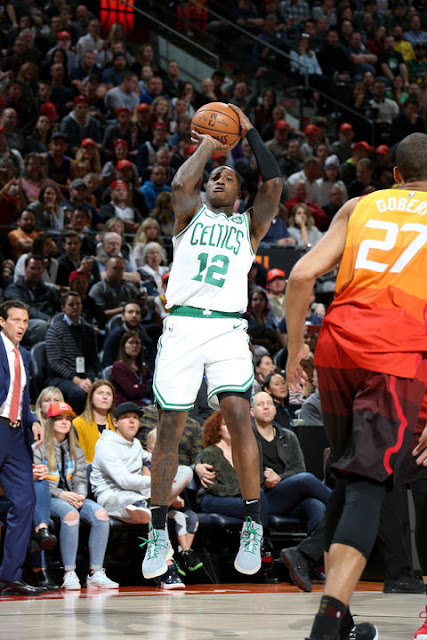 The main point here is that Terry consistently produces when given the floor time. Last night he scored 22 points on 7-of-13 from the field, 5-of-8 on treys and a perfect 3-of-3 from the foul line. He added six boards and three assists while never turning the ball over.

Terry Rozier on the report that seven teams are interested in him: "That’s how it should be. There should be more."

The above tweet sounds like Terry, doesn't it? Seven teams interested - "That's how it should be. There should be more." To be sure, T-Ro is no superstar, but it is obvious that there are teams that could use his services. If another team could sign him to a figure slightly above that of Marcus Smart's 4 year/$52 million deal, that may end up being a bargain if Terry flourishes in his new environment.

Thus far, almost every time Terry gets turned loose with starter minutes, he comes though, even in the high-tension play of the post-season. The only question is how well he would do as a go-to guy on a new team. That certainly worked well for former-Celtic Jae Crowder. He posted 20 points, six rebounds and four assists in 30 minutes last night, and was a major reason for Utah's victory.

Bill Simmons predicts that T-Ro may be traded in the near future. It is doubtful that Danny Ainge would pull the trigger on a deal so early in the season, and he has generally not been prone to dealing in mid-season. But a deal involving Terry seems likely. His value as a trade chip right now may be at an all-time high.