If my readers think I have a rather large obsession with Duke, its three stars (Zion Williamson, R. J. Barrett and Cam Reddish), and the eventual Sacramento draft pick potentially owned by the Celtics - you are absolutely correct. Zion and Barrett looked unstoppable in their blowout win over Kentucky - that duo and Reddish possibly occupy three of the top-5 spots in the upcoming draft - and Sacramento has lost two of their last three games and sit in 7th place in the West. 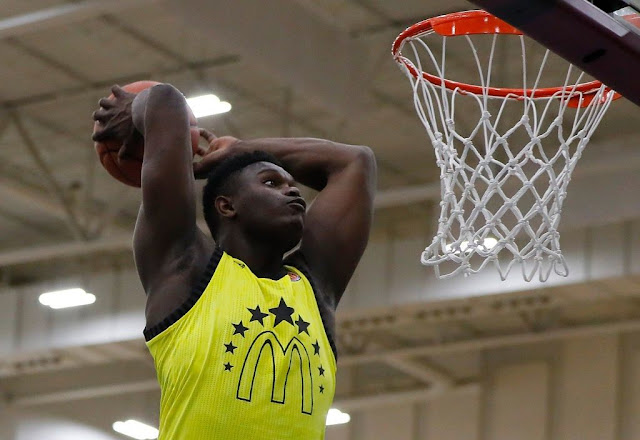 My initial thoughts of Zion were that he was an overweight slug whose game or body would not fly at the college level. Well, he flies and so does his game. He sails through the air like a 95-pound female gymnast and looks like a powerful, pro linebacker. I have never seen his like.

If he stays healthy, we will see unlimited highlight films of Williamson all season. Barrett has his own set of skills, and they are also demonstrated in the video below.

The chances of the Celtics landing either Williamson or Barrett in the 2019 NBA draft are slim, particularly because of Sacramento's better-than-expected start to the season. But I will be following Williamson all season simply because he currently plays against tough competition that finds it nearly impossible to stop him. I never thought it possible for Zion to accomplish what he is currently doing. I am totally fascinated.