On or about the 10th of every month, up until draft night, I will be posting on the up-to-date status of the Celtics potential four first-round draft picks. 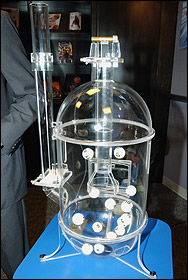 Here are the picks currently owned by the Boston Celtics in the first round:
Philadelphia/Sacramento: top-1 protected
Memphis: top-8 protected
LA Clippers: top-14 protected
Boston: their own pick

The Celtics can expect to end up drafting in the 25-30 range by draft night. The Kings seem to be overachieving early-on, but that pick might be expected to end up in the early-to-mid-lottery range - ideally at #2 for Boston's sake.

Memphis has a 6-4 record, but their yearly injury bug has not struck yet. Mid-to-late lottery may be their ending point with #9 being the ideal set-up for Boston. The Clippers can't be expected to have their record drop by much, although the pick is top-14 protected and they could use the choice in their rebuild.

Look for my December 10th update of the Celtics 2019 draft status.