One bad thing (apart from the three bad quarters of basketball we had to watch, anyhow) from the win over the New York Knicks on Saturday is Aron Baynes tweaked his hamstring, and may miss time. 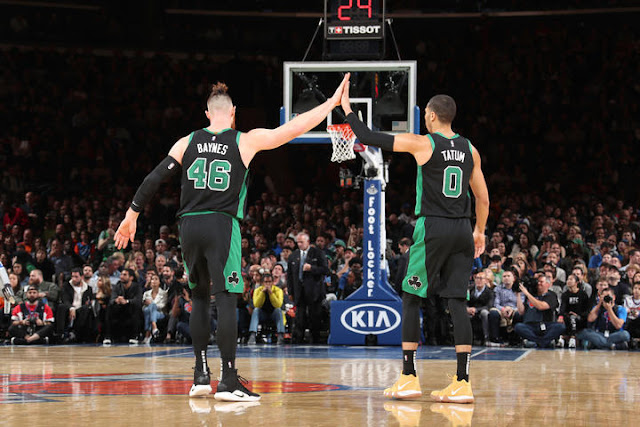 Baynes has been an important piece of the team's defensive line since joining it last season, and while the Cs have plenty of depth and guys hungry for a shot at some meaningful minutes, it's unclear just how bad the injury was, and if (never mind how long) he'll miss any time because of it; said coach Brad Stevens of the injury (per NBC Boston's Chris Forsberg): "I don’t have any update on it; hamstrings are scary to me".

Baynes came up lame with a hamstring injury and now he's heading straight to the locker room after getting subbed out.
— Brian Robb (@BrianTRobb) October 21, 2018

Hopefully it's a minor tweak, something at the level of what Jaylen Brown was dealing with during the playoffs last spring or less - while Boston may have the depth to make do without him, he's an important part of the Celtics' rotation, and every game without him is a game with fewer options available on both ends of the court.
For more stories by Justin, click here.