I fully realize the front court trio of Jaylen Brown, Jayson Tatum and Gordon Hayward are trying to mesh their talents, while also attempting to not be selfish. But beyond that, Brown is struggling a bit while Tatum is on a roll and Gordon is coming along just fine after his devastating injury. 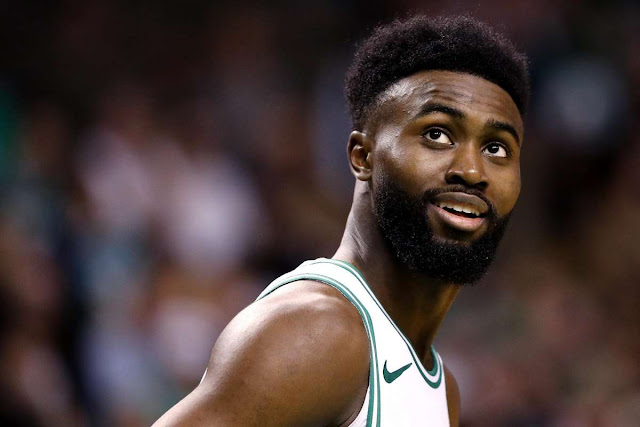 In the three games thus far, Jaylen is averaging 30.3 minutes, 10.7 points and 4.7 rebounds while shooting 38% from the field and only 57% from the foul line. In his first year-and-a-half in the League he appeared tentative to me, as though he was thinking too much and not reacting to what was going on. Jaylen is a quiet, introspective individual, and you simply cannot do too much of that and thrive in the NBA.

On the court, Brown needs to use his experience (two years), instincts (we all have them) and superb athleticism (has it in spades) to just go out and react. It is only three games, and I am certain we are looking at a temporary situation with Jaylen. I am not concerned in the least.

I don't envision Brad Stevens reducing Brown's minutes, at least by much. Jaylen is currently ranked 21st in the NBA in Defensive Win Shares, which is a complicated mathematical soup, but generally it refers to how much a player's defense contributes to wins. Jaylen has always been an excellent defender. He simply has to get more aggressive with his offense. He will be fine.

UPDATE FOR OUR READERS: Info keeps coming in on the Rondo/CP3 spitting/battle incident, and I have added a number of items to the last article on the subject.