Al Horford is slated to play tonight against the Cleveland Cavaliers in Boston's third exhibition game. He did not play in Sunday's contest versus the Hornets due to a sprained wrist. 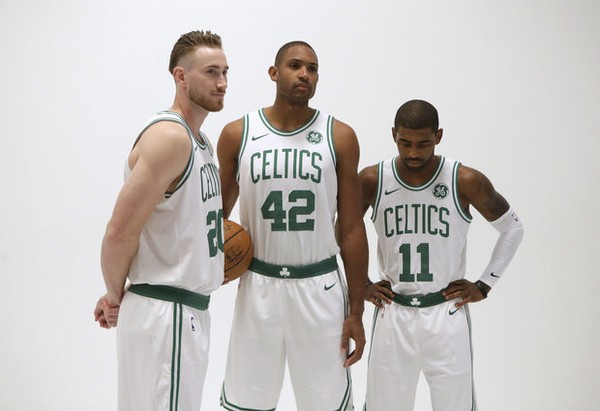 Kyrie Irving will not play, apparently to simply get him some rest. MassLive's A. Sherrod Blakely gives us more on Kyrie being out:

"We probably won’t play Kyrie tomorrow, just rest-wise,” said Celtics coach Brad Stevens. “He practiced all the way today, practiced hard. We practiced pretty good today, we went at it pretty good. We needed to. I didn’t think we were great in either game [versus Charlotte], and obviously that’s to be expected. We needed to get after it a little bit.”

Stevens confirmed that Irving asked to go a little longer on Sunday while knowing he’d rest on Tuesday.

"Probably intended more like 25 but he wanted to keep going from a conditioning standpoint and it didn’t affect him being able to go all the way through and hard today,” said Stevens. “We were thinking about both of those things as the 29-minute mark hit. But he feels really good and that’s a good thing.”

With Irving out, we can expect to see some interesting combos out there tonight. We might get to see more of the Perry/Terry duo (Perry Dozier and Terry Rozier). The Wanamaker/Lemon two-some(have a lemon, make lemonade - sorry) is possible. And if Marcus Georges-Hunt is officially signed in time, we may even get to see the Three Marci in action together (Georges-Hunt, Marcus Smart, Marcus Morris).

😂😂😂😂😂 @RealTristan13 Cut it out. Get that vacation ready early this year fam! Ain’t shit going through the Cavs this year! #facts

This is another situation to look for. The interchange between Tristan Thompson and Marcus Morris may continue on the floor. The Morris brothers usually don't hold back on verbal confrontations. Just ask Markieff.

Markieff Morris on being ejected for exchanging words with Mitchell Robinson: "That stupid-ass rookie talking too much" 👀 pic.twitter.com/2Adm2RVLsq