Question: Should the Maine Red Claws have a dead, boiled lobster as their mascot?


Hey look, I know the answer to the title question. Everyone thinks of a lobster as being red. As always, I tend to think and act differently from most. I have been buying live, vibrant brown/green lobsters and cooking them into the bright red edible form for many decades. 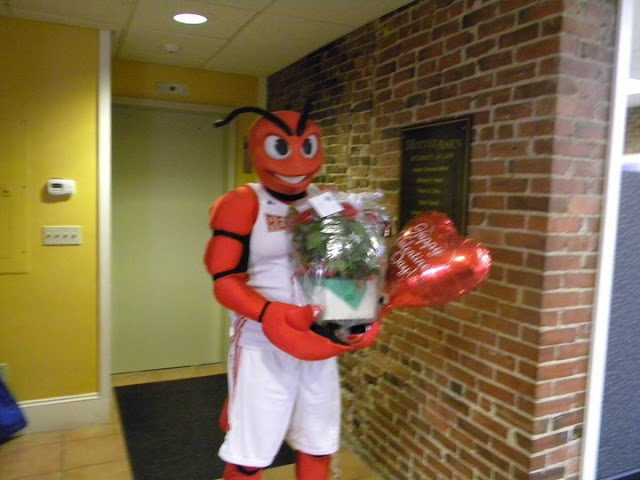 Okay, here is my point. The photo above shows a very large, dead, boiled lobster delivering Valentines Day gifts. Does that make sense? The ludicrousness does not end here.

PETA calls for a lobster memorial site in Maine pic.twitter.com/VuRyWqBHdJ

A memorial to a truck-load of dead lobsters? Yes, it actually happened recently in the State of Maine. I have had several dead lobsters foisted on me by unscrupulous vendors, and they were not red - but trust me, they were dead. Here is the finale. The Red Claws mascot seized for being over-sized - brought back to the waters where he was caught - and returned to the sea to breed. I am not making this up.

Maine Red Claws Mascot Seized by Wardens for Being Over the Size Limit
Portland — Wardens with the Maine Marine Patrol have taken custody of Crusher, mascot for Maine’s G-League basketball team the Maine Red Claws, for being too large.

The Marine Patrol said by returning Crusher to the sea, he’ll help ensure a healthy population of lobster for the future.

“This is about sustainability. A lobster the size of Crusher is prime breeding age. He could be the father of a million pounds worth of lobsters over the next decade.”

Crusher was taken to Casco Bay, where he is believed to have been caught, for release.

Upon hitting the icy water of the bay, Crusher began splashing and thrashing around, quite violently.

“They usually do that when they’re excited to feel their home water again,” Libby said as he pushed the Crusher under the surface.

Crusher being tossed back to breed? I will leave that one alone! So I pose my question to our readers. Should the Maine red Claws have a dead, red boiled lobster as their mascot? Should the color be the live, uncooked version? Should it be a lobster at all? How about a loon? No! Moose? Maybe. Feel free to vote in our Twitter poll or give your thoughts in the comment section. My thanks to our reader, David Anthopoulos, for bringing this whole damn thing up in the first place.

Should the Maine Red Claws have a dead, red lobster as their mascot?