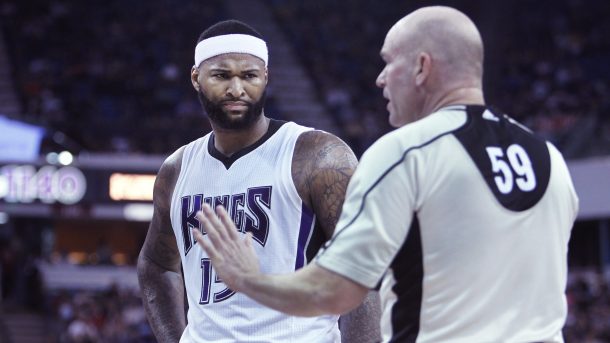 “Alright, Sherman, set the Wayback Machine for 48 years ago, the date March 27, the place the Baltimore Civic Center.”

Under two minutes remain in Game 2 of an opening-round series in the 1970 NBA Playoffs. The visiting New York Knicks, who’d trailed by six points after three quarters, are now nursing a six-point lead and possession of the ball as the 24-second clock dwindles.

From deep in the corner, future Sen. (D-NJ) Bill Bradley launches a buzzer-beating heave that caroms directly off the side of the backboard back towards him. Several Baltimore Bullet defenders appear to “relax” in anticipation of a stoppage in play. But Bradley’s Princeton education and Rhodes scholar status has taught him to play to/through the whistle that never comes.

The Knicks burn more clock, then score on a Willis Reed put-back, taking a 2 – 0 lead in a series they would eventually win in seven games en-route to a franchise-first championship.

As tempting as it may be to point a finger of blame at the officials in this instance, their ruling (i.e. “non-call”) was right on the money by the rules of the time. Indeed (as best as I can tell, and somebody please correct me if I’m inaccurate) it wasn’t until the turn of the century that a field goal attempt was required to enter or touch the ring of the goal in order to invoke a re-set of the shot-clock – and was initially introduced in FIBA play. 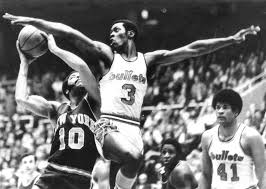 So, this is not a “shot-clock” turnover, as it would be deemed in today’s game.

Nor has the ball gone out-of-bounds by contacting the side of the board. At one point in hoops history, a ball that happened to go behind the backboard was still considered to be “in-play.” Hell, in the very early days of Wilt Chamberlain’s playing career, a teammate could legally throw an in-bounds pass from the baseline OVER the top of the backboard. (The NCAA outlawed this ploy about a month – literally – before Wilt became eligible to play varsity ball at Kansas.)

But all the edges of the backboard itself have traditionally been – and still are, right? – “in-bounds.”

Being right, though, rarely spares an official the “knee-jerk” disdain of sports folk in general. Even NBA historian Terry Pluto couldn’t resist giving them the Rodney Dangerfield treatment – no respect. The chapter of his Tall Tales that chronicles the referees from the early years is entitled “They Blew the Whistles – and the Calls” … and it wound up being Chapter 13.

In the words of Sid Borgia, who officiated from the league’s inception until the mid-60’s:

When I came into the league, they didn’t have a rule book. They handed us a college rule book and said we’d follow these rules, with certain exceptions. When it came to zone defenses, the rule said, “No zone defenses allowed.” It was up to us to decide what was a zone.


In addition to the ban on zone defense, the pros played a longer game sectioned into quarters rather than halves. The league’s early movers-and-shakers recognized the entertainment value of fantastic finishes, so they tweaked the final two minutes of play by hastening the onset of Bonus free throws and also affording an offensive team the option to advance its entry pass to the frontcourt following a time-out.

I can recall as a teen-ager (back in the ‘70’s) another difference between college ball and pro ball. In college, when in-bounding from one’s frontcourt, it was legal to pass to a teammate positioned in the backcourt – in the pros, that created a backcourt violation and a turnover.

I’ve yet to stumble upon the when and why regarding that rule change. But I’ve never liked it. If the “competition committee” wishes to shift a bit of advantage back to the defense, disallowing such entry passes might be a good place to start – preferable to monkeying around with the re-set of the 24-second shot-clock, in my view.

After all, is not the primary purpose of the rules of the game to provide both offense and defense an equitable/fair opportunity to succeed?

For instance, when the notion of “dribbling” – which was banned outright originally – was introduced to the sport, a player was limited to just one bounce and prohibited from shooting after his dribble. The tactic, thus, was a way to escape trouble more than an offensive maneuver. The continuous dribble and shooting off the dribble were soon to follow.

The mid-court stripe as well as the requirement to advance the ball to the frontcourt within ten (now eight) seconds pre-date the birth of the 24-second shot-clock by over two decades – the purpose of these innovations was to make it more difficult for an offensive team to play “stall ball.”

Sometimes rule adjustments are motivated simply by a concern over the safety of the participants. At one stage of hoops evolution, when the ball went out-of-bounds, possession was awarded to the first team to subsequently touch it. (“We interrupt this basketball game for a quick rugby scrum.”)

Of course – and as any parent or schoolteacher can attest – a rule, absent enforcement, is no rule at all. That’s where the Sid Borgias of the world enter the picture.

Officiating – any sport, any level – is a challenging and thankless craft. It requires a knowledge of both the game (rules-wise as well as strategically) and the “mechanics” of calling it properly (often in conjunction with one or more partners). 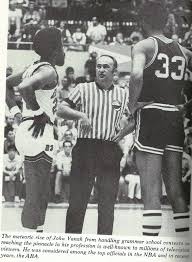 It also requires a nearly-beyond-human temperament. It takes a genuine belief – a border-line cockiness, really – that you are indeed “the best person for this job” … while also accepting that your ultimate objective is to go unnoticed, even though everyone is anxiously awaiting your every foible, real or imagined.

While it would be naïve to believe that Tim Donaghy is the only “crooked” official big-time sport has ever known, I tend to be skeptical of ”conspiracy theories” and would prefer to trust that the “apple barrel” has been rife with honorable (if at times egotistical) men and women performing a demanding task with dedication and pride.


The last word of this little diatribe will go to John Vanak, a near 30-year NBA/ABA referee:

If there is one thing people should know about officials, it’s that we have feelings. On every call, we piss off 50 percent of the people we work with. And you like some of those people who want to kill you. An official knows that his calls can be a factor in a guy losing his job … What I’m saying is that there are nights when even if you did your best, you can’t sleep because you wonder if you made the right call, or you might have kicked a call that cost a team a game, or a good person his job. You learn to live with that pressure, but I never could ignore it.

“Don’t miss our next exciting episode

‘Traveling ‘round the World,’ or

If this sounds as if it were written by someone who’s done a little officiating in his day … well, that hunch would be a “good call.”