As my readers already know, I am a "what-if" guy. Well, what if the Big-3 Celtics from four different decades went head-to-head in their prime. Three-on-three basketball has been around via FIBA since 2012 - Actor Ice Cube formed the BIG3 League, now in its second season - and 3-on-3 is coming to the Tokyo Olympics in 2020. So let's see how the Celtics Big3 stars-of-the past match up. 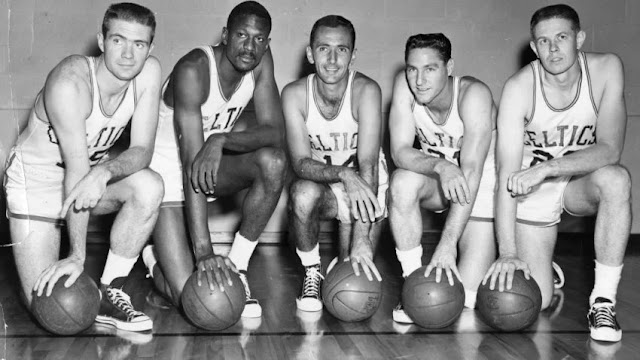 1960's - Bob Cousy, Bill Russell, Tommy Heinsohn
Cousy passing - Heinsohn's offense and Russell's rebounding and defense made for a strong trio. Cooz could score when called upon, averaging 18 PPG (with 7.7 APG and 4.4 RPG) in the 1960-61 season. And in that same season, Tommy Gun came very close to averaging a double-double with 21 PPG and 10 RPG. Tommy's assists? Only 1.9 per game - but hey, he wasn't called Tommy Gun for nothing. 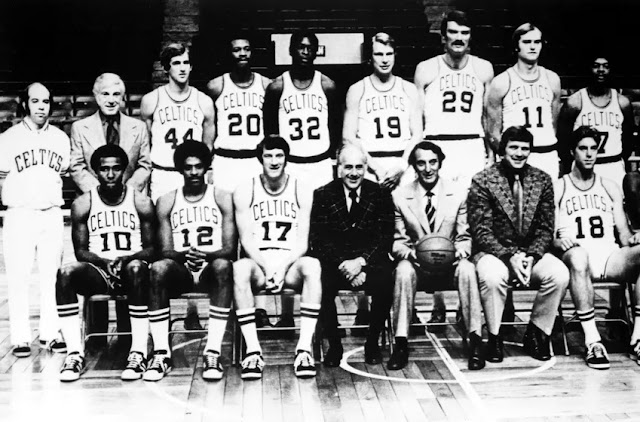 1970's - JoJo White, Dave Cowens, John Havlicek
This is a small team of 6'3", 6'5" and 6'8.5", but that didn't stop them from winning two Championships. JoJo was under-rated - Hondo was one of the greatest - and Dave was always one of my favorites. And they certainly get my most-exciting Celtics team vote. No Celtics team worked harder than this group. 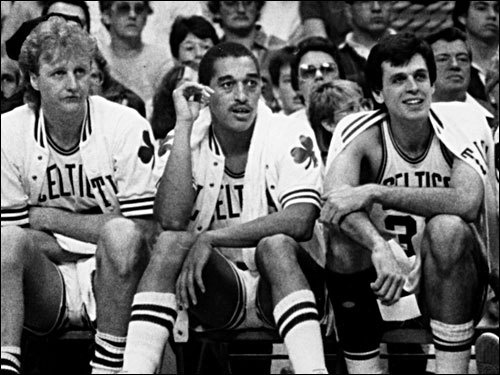 1980's - Dennis Johnson, Larry Bird, Kevin McHale
This group had size, inside offense, outside offense, passing, rebounding and defense. It really lacked nothing. I put Dennis as part of the trio instead of Robert Parish simply because they needed a guard - and he was very important to two-of-the-three 80's Titles. I rate the 1985-86 Celtics team as one of the best-3 NBA teams of all times - arguably the very best. 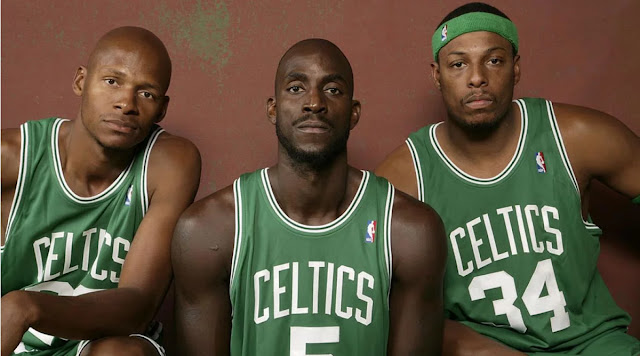 2000's - Ray Allen, Paul Pierce, Kevin Garnett
They only had one Championship, but they came also close in 2010. It really wouldn't be a major mistake to put in Rajon Rondo here for his play-making and passing, but I will go with Ray. You get the shooter (Ray), the driver (Paul) and the rebounder/rim protector (Kevin) in this trio. All three could score the rock.

So which trio gets the nod here? I am going with the 80's group of Larry, Kevin (McHale) and Dennis. In my recent article, I had both Bird and Johnson in my all-time Celtics starting five, and McHale barely missed being a starter in favor of Kevin Garnett. Big, talented, and versatile - while having great chemistry. Feel free to disagree.