What the Hell Happened to...Brad Lohaus? 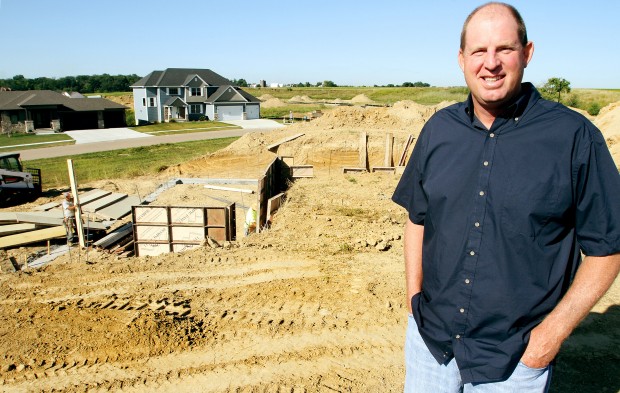 Lohaus was a 7 foot lefty from .  Despite his height, over 1/3rd of his NBA points came from 3 pointers made.  In other words if you’ve never seen him play, think Toni Kukoc without all the other skills that made Kukoc very good.  I remember some referencing Lohaus as being the evil twin brother of Matt Bullard, (below) another Hawkeye with the inclination to shoot 3s instead of play inside.  I think it was more just because they were both tall white guys with blonde hair from Iowa.
Here's the scouting report on Brad Lohaus from an old book I had, prior to the start of the 1990 season, right after he had been picked by the Timberwolves in the expansion draft from Sacramento, at the ripe old age of 25:

Once thought to be a key member of the next generation of Boston Celtics...Now you've got to wonder if he'll still be in the league in a couple of years...But playing in his home state may be an inspiration...Size is always an asset, so if he'll just learn to use it, he could be a keeper...Born Sept 29, 1963 in New Ulm, MN, the same tiny town that produced Oakland Athletics' catcher Terry Steinbach...Was a second round pick of the Celtics out of Iowa in 1987...Went to Sacramento in midseason deal last year for Ed Pinckney and Joe Kleine...Made $380,000 last season...May be too nice a kid...Needs to develop a mean streak and add some bulk...Minnesota's fourth pick.

Too nice a kid?  That's really what I thought might be the case.  Brad seemed like the kind of guy that'd be really happy giving an autograph but not so happy mixing it up with Dennis Rodman (I’ll also never forget the image of his bloody face in the 1988 conference Finals Game 6 against Detroit after an encounter with Rodman.  Permanently engraved in my mind forever).

In researching Lohaus it seemed he works as a broker for commercial airplanes and has returned to live in North Liberty, IA.  In recent years he was accused of domestic assault and having attempted to swindle someone on ebay.

Most recently (Sept 2013) Brad is now involved with construction, and has helped develop 118 new homes for the Pebble Creek North Subdivision in LeClaire, IA.  Lohaus said he has been in the development business for about four years, with commercial projects in Indianapolis as well as residential work in Sarasota, Fla., and Minneapolis/St. Paul.  He became involved in LeClaire through a friend who convinced him what a great opportunity the Scott County community presents. 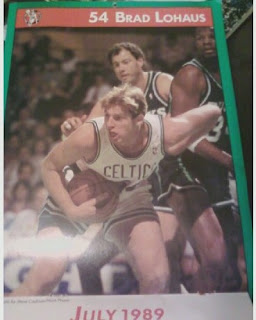 I liked Brad growing up and I was hopeful of him.  I remember he hit a 3 pointer with his foot out of bounds vs the Nets in the first NBA game I ever attended.  I had wished he remained in bounds so it would've counted!

Addendum 8/4/12***Brad's son Wyatt Lohaus, a 6'1 point guard, will be taking his basketball talent to the University of Northern Iowa and join the program for the 2014-15 season.

“He’s a gym rat,” said Iowa City West head coach Steve Bergman. “He’s a kid who will, if he perceives he’s not good enough at something, go grab a ball and get into the gym for hours on end until he is good at it.
“He’s very skilled. He’s going to be a really good player if he doesn’t grow any more at all. If he keeps growing, he could be pretty special.”