Watch: What's the ceiling for a healthy Kyrie Irving next season? 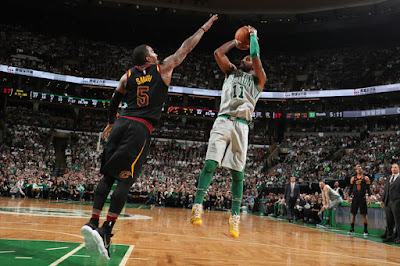 What's the ceiling for a healthy Kyrie Irving next season?

With so many unknowns going into the 2018-19 NBA season, the least of which include the very structural integrity of Irving's knee itself, it's not an unfair question to ask if he will be up to full strength when the season begins in October - or even beyond.

And it's not without reason.

Irving had to have multiple operations just this season on a knee that's been giving him issues since he broke it in the 2015 NBA Playoffs.

Will he be ready when the games actually count? Will "ready" be full strength, or will he have to keep working given how long he's been on the mend?

Watch the video below to hear what the folks over at ESPN's The Jump have to say on Irving's coming season, and his readiness for it.