Jaylen Brown doing it all, from the hardwood to the diamond 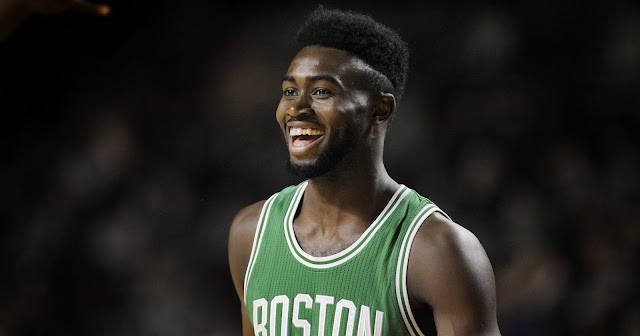 We know that Jaylen Brown is a stud on the court, but he showed that he's a ball player in more than the basketball variety this week.

Brown posted a video of himself crushing a baseball to his Twitter account on Friday, and the Boston Red Sox took notice of the kid's talent with a slight joke tweet:


Jaylen's got some pop in that bat. He looks like Red Sox slugger J.D. Martinez at the dish with that swing!

If Brown were to consider pursuing a side-career in baseball, he'd be the fourth Celtic to do so following Gene Conley, who was a multiple time All-Star pitcher, World Series winner ('57 Milwaukee Braves), and a three-time champion with the Celtics ('59, '60, '61), Chuck Connors ('46 champion), and most recently Danny Ainge, who played for the Toronto Blue Jays for a few years.

Now, that probably won't happen, but maybe he can pull a Russell Wilson and play in a few spring training games.