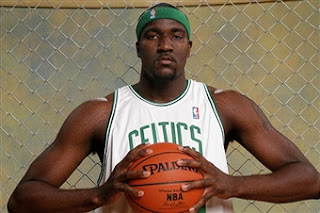 The NBA Summer League of 2003 was nowhere near what we see today. The Celtics Summer League took place in a cramped gym called the Clark Athletic Center at UMass-Boston. Most of the buzz was about rookie-phenom Lebron James, but Kendrick Perkins, Brian Scalabrine, Marcus Banks and Kedrick Brown were there too.

Danny Ainge had recently been brought in to right the Celtics ship that had been foundering of late. Danny had drafted Banks and Perkins in the first round of the recent draft, and both he and Paul Pierce had the chance to see just how good these guys were.

The Boston Globe article by Chad Finn is fascinating. Bruiser Kendrick Perkins was always a banger and had that infamous scowl, but apparently he loved to be out there on the floor and would get misty-eyed when he didn't get to play.

It also turned out to be a format for Brian Scalabrine to shine. Scal averaged 14 PPG, 5.5 RPG and 4.0 APG. But he realized at the time that he would most likely not repeat this type of performance during the regular season. All of the following block quotes are via the Boston Globe's Chad Finn: 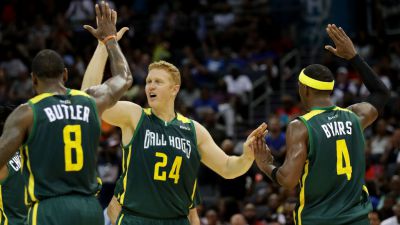 MARCUS BANKS
Perk is the real Big Baby. [Laughs] You can quote me saying that.

I was calling Perk “Big Baby,’’ then because this is the thing: Perk was 18 years old and he wasn’t used to that NBA life. He didn’t go to college. All he knew was going out on the court and playing. And that was a big thing.

Perk used to cry every single game. Every single one. People would say, ‘Hey, man, what’s wrong?’ and he was crying because he wasn’t playing.

KRIS CLACK
Perk was always real quiet, but he had that mean mug on his face. Nice guy. But he was different from some of those high school kids in that he was a banger. He’s still banging, just from the bench with his lips instead of on the court with his body. [Laughs]

BRIAN SCALABRINE
NETS FORWARD
Man, I loved to play in that league. Some guys, I think they looked at it like a punishment or some kind of bad thing. I never looked at it that way. Are you kidding me? I could never replicate that back home [in pickup games]. I was really into summer league. 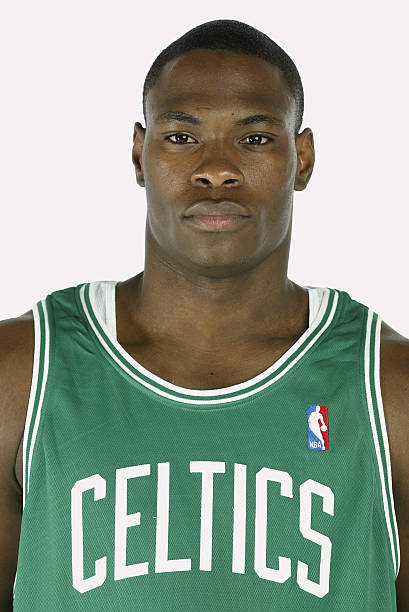 BRIAN SCALABRINE
I played great, too. I was like, ‘I’ll never be able to do this in the NBA.’ I’ll never be a 30-minute a game guy in the NBA. It was my chance to still do what I did in college. It was the greatest thing.

DANNY AINGE
There have only been a few players where you can tell when they’re still a teenager that [they’ll be a superstar].

Not necessarily the best of all-time, but you can tell there’s something special there. You can tell they were going to be multiple-time All-Stars.

But you can’t always tell. I remember seeing Dwyane Wade in summer league [in Orlando] and thinking he’s not all that great. All of a sudden, he was unbelievable.

Both Kedrick Brown and Marcus Banks have been out of the League for some time now. Scalabrine plays for the Ball Hogs of the BIG3 Basketball League and he broadcasts for the Boston Celtics. Lebron is still playing and starring in the NBA at 33 years of age. Summer League is big time now and nothing like it was in 2003. Perkins was recently waived by the Cavaliers, and his future remains uncertain. Danny said he never remembers Perk crying on the bench when he wasn't allowed to play, but does recall that Kendrick loved to play the game. But we knew that.