Was it really 25 years ago today? The death of Reggie Lewis

Imagine your favorite basketball player is Kyrie Irving.  You love absolutely everything about him from the thread-the-needle passes to the fact that his picture proudly graces the top of CelticsLife.  You're young and impressionable and Kyrie can't do any wrong.  Now imagine, if on your birthday of all days, he suddenly dies.  How crushed would you be?

I make this (depressing) analogy mostly for our younger readers, who perhaps don't even recall Reggie's time on the Celtics.  Because 25 years ago today, that person was me.  Reggie Lewis was my Kyrie Irving.  If Len Bias' death took the entire Celtics' franchise down with him, Reggie's death legitimately nailed and shut the Celtics' casket of relevancy.

When Bias died I was the tender age of 7.  Naively I thought "it's ok, the draft will just be done over, right?  And the Celtics can pick a new guy?"  When Lewis died, it was crystal clear: my favorite player died, on my birthday no-less.  Is there a crueler twist of fate?

Back when I was growing up, there were 3 distinct Celtic eras: Russell's Celtics from the 50s and 60s, Hondo-Cowens-White from the 70s, and Bird from the 80s.  Reggie was that next guy in line.  He was named the captain of the team the season after Bird retired (despite Kevin McHale still being on board).  Thinking back on it, how scary would the 1989-90 Celtics have suddenly looked with Bias and Lewis entering their primes and Larry returning after being away for a full season from injury?

But enough about Len.  It was a different experience.  Bias was the tantalizing prospect of "what could've been?"  For Reggie, we already got to see that.  The picturesque pull-up jumper, from both sides of the floor.  The deceptively quick first step.  His ability to throw it down on the break or in traffic.  His defensive abilities.  I was convinced he was the best shooting guard in the league not named Jordan (sorry Clyde, Drazen, Mitch and the other Reggie).  People talk recently about Ray Allen being a lights-out shooter (which he is).  But Reggie's in-between shot was even better.  I'll argue that forever.

It was all cut short.  Wayyy too short.

This was the cover of the Boston Globe the day after: 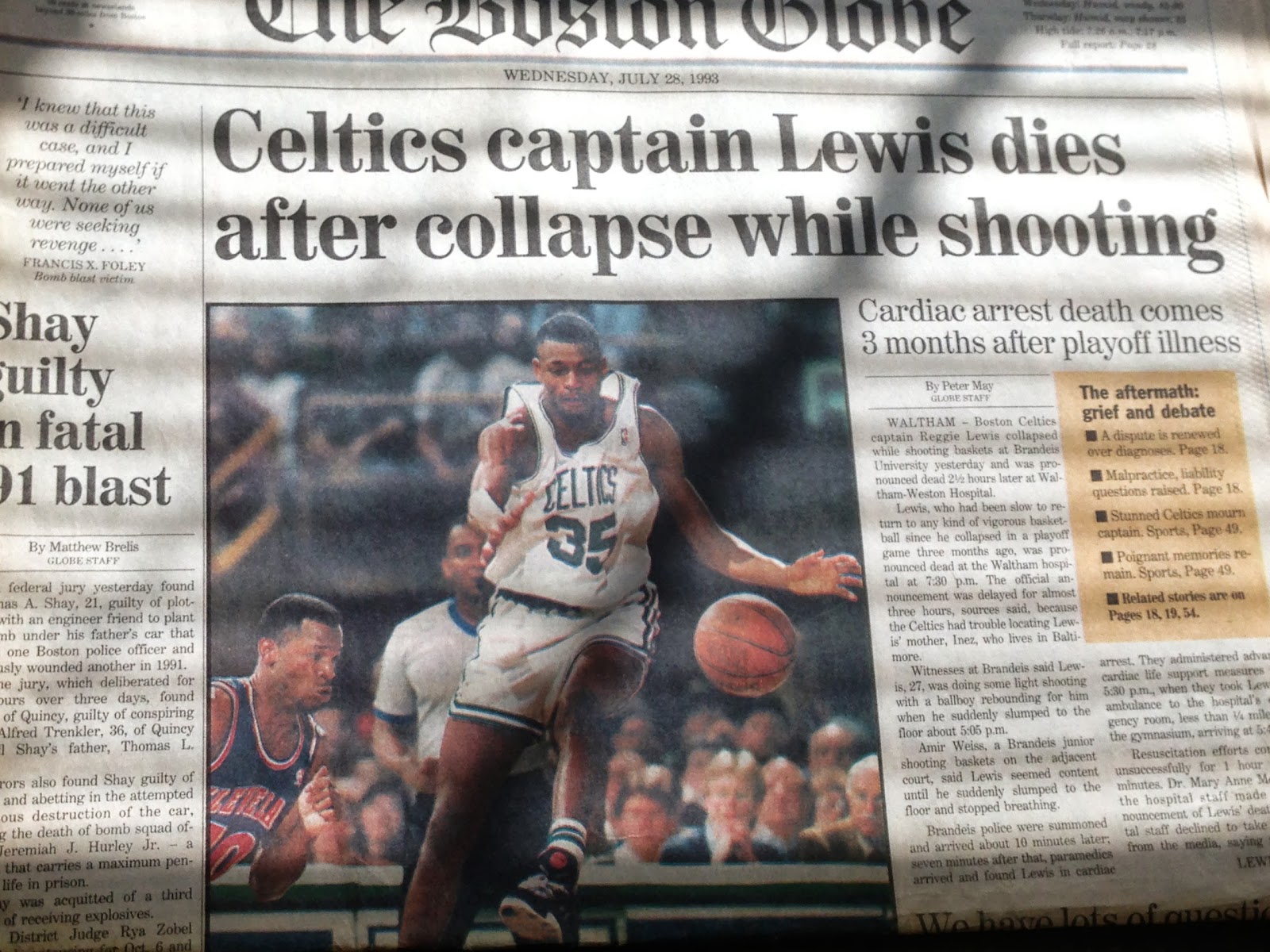 I was overwhelmed with emotions.  Totally inundated.  How was this possible?  I remember when Reggie had fainted during the playoff game, as much as I loved seeing him play I even said to others: "if it's a matter of him living, I hope he retires.  I hope he becomes an assistant coach for the Celtics."  Remember this was a time that Hank Gathers was still very much on everyone's mind.


The mother of Reggie Lewis recalls the conversation vividly.  It was the day before Mother's Day in 1993 when Inez "Peggy" Ritch and several other of Lewis' relatives from Baltimore were visiting him at Brigham and Women's Hospital in Boston.

"I stake my reputation on this," Dr. Gilbert H. Mudge Jr. said.


Lewis seemed delighted with his latest diagnosis -- Mudge said he was suffering from a fainting condition, nothing more. Ritch recalls his riding a stationary bicycle in the hospital and joking about a TV report that said he would undergo surgery to receive a pacemaker.  Two and a half months later, the Boston Celtics' captain was dead.  The Boston Globe reported that Mudge received death threats after Lewis died, and for a time, was given police protection at his home. 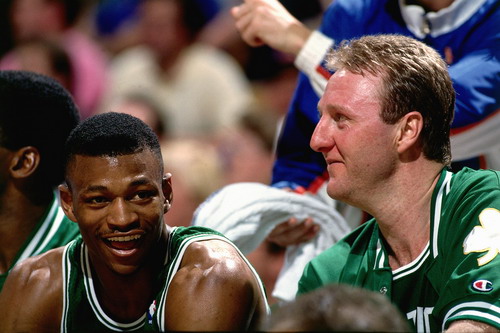 I was devastated.  My dad reminded me of Bias.  A friend called me and mentioned how "the Celtics just can't draft right anymore."  It was an end of an era as I knew it.

Has it really been 25 years?  It has.  And I'm still angry and still devastated and still confused.  And when I stop and think of about it, it still hasn't officially sunk in for me. 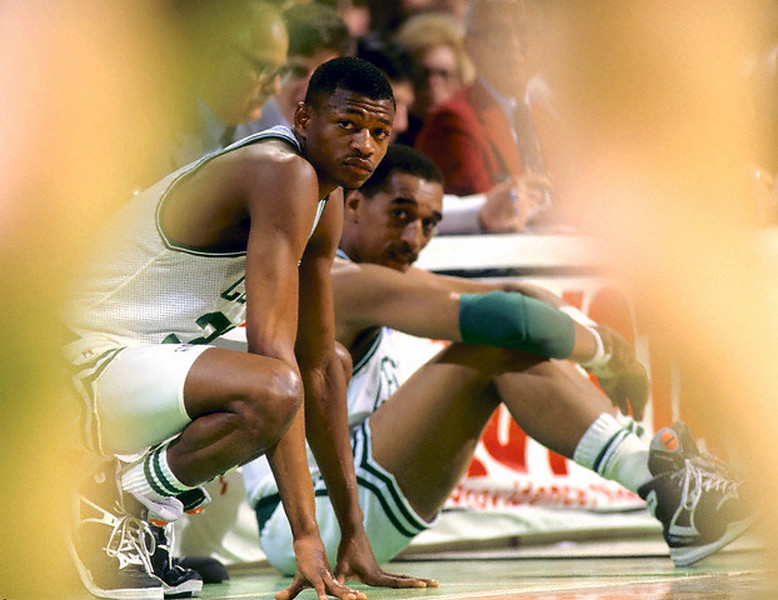 Reggie Lewis died far too young, 25 years ago today.  Take it from me: don't ever take your favorite player for granted.  Because at a moment's notice, it could all come crashing down.  Even on your birthday.