Watch: Brad gets T'd up - and doesn't want to talk about it

You can get Brad Stevens riled enough to get a technical foul, but you won't get him badmouthing refs in the post-game. 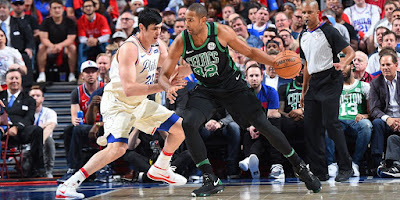 And he's right to suggest the Philadelphia 76ers deserve the credit for adjusting and taking advantage of the friendly whistles in the first three quarters.

The many friendly whistles.

Sure, by the end of the game, fouls were less egregious than in the first half - at one point the Boston Celtics had 16 to Philly's 8 - but Brad does have a point that the team should not be letting itself into that position in the first place.

Tin-foil hat conspiracies aside, talking a little too much smack about the refs (deserved or no) will also cost you, so Brad eschewing a deep dive into his tech or the refereeing in general is understandable - as is the desire of the league to extend what was looking to be a very brief Eastern Conference Semifinals with the Cleveland Cavaliers poised to sweep the Toronto Raptors later in the evening.

The question on many of our minds is - are we seeing this game through green-tinted lenses, or was that a bit of a hack-job to keep the 76ers in the game when Boston threatened to run away with the game late in the first half?

Watch the videos below to hear Brad Stevens' thoughts on the officiating and game in general, and to see the exchange that would lead to Rozier's technical foul.