Kyrie Irving and J. J. Redick Podcast - "Nothing is ever what it appears to be" 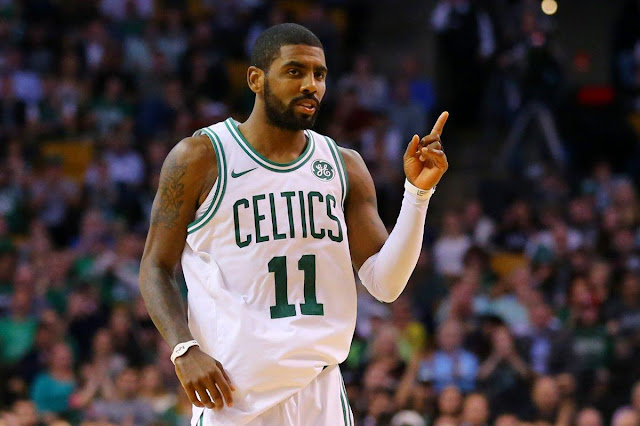 Deciphering the meaning of Kyrie Irving's seemingly garbled, verbal utterances can be difficult. Some folks view it as simple gibberish. I do not. He may require some work on delivery, but I like the message. Here is the USA TODAY's Bill Streicher on some of the Podcast content followed by my own favorite personal quote:

Redick: When you backed it up and said “Do your own research,” I immediately thought of just questioning authority — figure out things for yourself a little bit. But what is on your Explore page that you are coming across the videos about flat earth?

Irving: Some of the pages that I follow, they’ll actually list some of the laws and some of the things that have transpired throughout history, and they’ll just give it to you — almost like a History Channel of other things that aren’t on History Channel. … They’ll give you stuff on the government, geo-engineering, chemtrails, and everything else. It just makes you think. That was the beautiful thing about it — it made me think. It made me think twice about shit.

"Nothing is ever what it appears to be." - Tom Lane

The thought of my quote started with the head-in-the-well incident. I was a Police Lieutenant at the time, and we were checking out an unusual head-in-the-well call. Well, sure enough, a body-less human head floating on the well water and staring up at me. Eyes, nose and mouth were all there. But when it was retrieved, it was merely a dead squirrel that had rotted (anyone eating??) and burst open to reveal a flesh-colored human face. In my mind, the chance of it being anything but a human head? Less than 5%. As Kyrie said, "... it made me think. It made me think twice about shit." Simple incident that made a difference in how I thought.

Kyrie's flat-earth thing is merely stating that people should question what they see, hear and smell, and they should think twice. I totally agree. It makes you truly aware of your surroundings, and it can even save your life or that of others.

In 1987 we were tracking down a killer with three people (two small kids and their mom) on his death count. Daniel Laplante had previously terrorized a family in my town by hiding in their walls, making noises as the ghost of the young girls' late mother, moving items, etc. The happenings were so bizarre there was doubt even in my mind that they were happening until we arrested him inside the wall of the home. 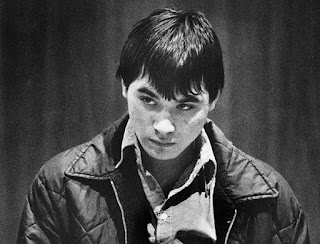 During the manhunt for him, I was asked to enter an empty home as a precaution for the owner. Chance of him being in this one home was minuscule. But he was there, and he was armed. He jumped out the top-floor window and fled. Luck intervened again at another location when a lady drove by my cruiser with LaPlante's gun to her head, and she bailed out just up the road. He was arrested shortly thereafter. Nothing was what it appeared to be that whole day. And the spooky prior events in the Pepperell home are still doubted by many who read about them, but they were real. Much has been written about all of the occurrences.

Back to the Podcast, when questioned about the move from Cleveland to Boston, Irving went into some depth. But the important point he wanted to make was that it was his decision, and he really didn't care what others thought of the move.

Everyone kind of forgot that there was only one voice that actually mattered — and that was mine. And [I] was taking control of what I wanted to take control of. … It’s just having that confidence to be able to look someone in the face and tell them the truth, like, “OK, this is what I want to do with my life, I really don’t care what you think about it.”

On playing for Coach Brad Stevens, Kyrie dances around the question a bit but settles down a bit in the following quote:

"... the way we run things and the way we demand excellence out of each other is something like being on a college team. Our film study, our preparation, our walk-throughs, our shoot-arounds — he (Brad Stevens) has adjusted to the NBA life, but he still has the high character and integrity of being that up-and-coming college coach that he was. … He was always unwavering and he was always chill. [But] he demands it out of you!

Notice Kyrie's uses the word "unwavering" and the phrase "demands it out of you". He also uses "high character" and "integrity" to describe Stevens. Strict, demanding, fair, high character - and even "chill". I no longer have to think twice or question myself about the acquisition of Brad Stevens and Kyrie Irving by the Celtics. With most other things, I believe I will scrutinize them thoroughly before accepting them as fact. After all, nothing is what it appears to be.