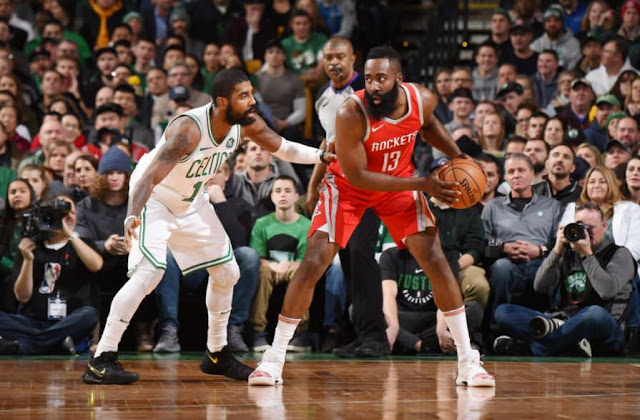 That was...unexpected, to say the least.

I don't know what was crazier - watching this team fall into a profoundly deep hole for the 653rd time this season, or the fact they managed to fight their way back into the game only to die on the hill of Marcus Smart's shooting. Like a lot of you, I assumed that was the end.

And then the Houston Rockets beat themselves, with the kiss of death coming from Al Horford.

After suffering a brutal beatdown by James Harden and Eric Gordon in the first half, Boston found some life on both ends of the court just as the Rockets began to look gassed. Little by little, the Celtics started making all the minor moves the last several weeks have been largely bereft of, and managed to come out with a win when pretty much everyone had resigned themselves to another disappointing loss in this most brutal of Decembers.

The basketball gods had other ideas, thankfully, and now the Celts will face the Brooklyn Nets this New Year's Eve (4:30 pm EST) riding a two-game winning streak, tied for their longest since the 16-game streak ended.

The Rockets made just 9 shots in the second half.
— Adam Himmelsbach (@AdamHimmelsbach) December 29, 2017