The Celtics haven't ruled out a deal for Carmelo Anthony 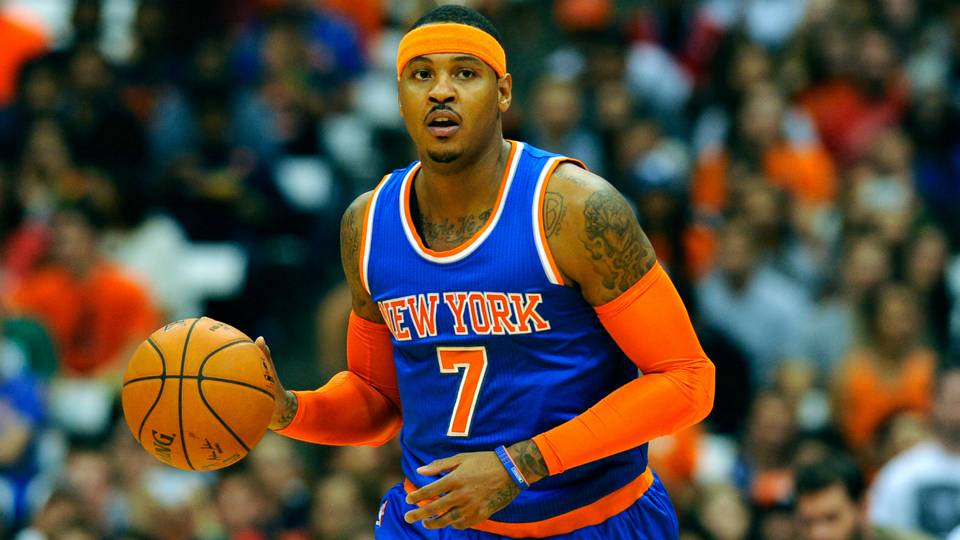 According to Ian Begley of ESPN, the Boston Celtics are one of the few teams still mulling the possibility of making a deal for New York Knicks forward Carmelo Anthony. Begley states that the Celtics, Clippers, and Cavaliers have all spoken with the Knicks as recently as Tuesday about Anthony. With Knicks GM Phil Jackson eyeing a rebuild around Kristaps Prozingis, he's looking to unload several other players as well including Kyle O'Quinn, Brandon Jennings, and Derrick Rose. A deal sending Rose to the Timberwolves in exchange for Ricky Rubio may already be in the works.

The Celtics acquiring Anthony would take the expiring contracts of Amir Johnson and Tyler Zeller, as well as some combination of future picks - maybe a future Celtics 1st and/or the Memphis 1st rounder they have. My thought here is there is no way Danny Ainge would give up anything of substantial value to take on Anthony with another year on his contract, which will certainly take the Celtics out of the running to sign any max-level free-agents this offseason. Any Celtics or Memphis 1st round pick will likely be in the 20s and out of the draft lottery.

If you don't want to see Anthony in green don't fret just yet because Begley also states that although the Knicks seems eager to rid themselves of Anthony, a maligned Melo might not sign off on his no-trade clause just to stick it to Jackson:

Some members of the organization told teams earlier this month that they did not believe Anthony would waive his no-trade clause; one theory among some in the organization is that Anthony doesn’t want to give Jackson the satisfaction of having run him out of town.

For the record I am not a fan of a Carmelo Anthony trade, but I supposed I could be talked into a short Melo run in Boston if the Celtics felt that they weren't going to be able to make a bigger deal this deadline or acquire a stud (i.e. Gordon Hayward) via free-agency. The Celtics would then likely be making the two Brooklyn picks for themselves and building for a year or two down the line while still competing now. I'd like the deal even more if Ainge could also finagle the promising young Kyle O'Quinn back in the return as well.

Anthony has played much better overall everywhere he's been when his team is playing well. He was the star for team USA in the Olympics just this past summer, he looked refreshed and engaged playing with a unified bunch. There's definitely still some tread on those tires, and optimistic me thinks that Melo might be a great fit in Brad Stevens space-and-pace everyone has a green light to shoot system. He's also a bigger option playing small ball at the four than either Jae Crowder or Jaylen Brown at 6'8 240lbs.

If Ainge did make a move for Carmelo and he didn't bring O'Quinn back in the same deal he'd need to get a big also to fill a good amount of Amir's minutes. The Celtics have been linked to Dallas regarding Andrew Bogut but have been likely waiting to see how bigger moves might play out first.

I spent this whole blog trying to convince myself and I'm still not crazy about a Melo deal. If we were getting him for next to nothing and not mortgaging the future I guess I'd be intrigued.